Investors Watching $1,300 For Gold Next Week

(Kitco News) - Gold’s renewed momentum, following a disappointing May jobs report, is expected to continue into next week with some analysts saying that $1,300 could be a viable target. 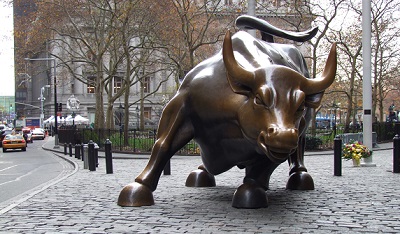 Gold saw a major boost Friday after the release of a weaker-than-expected nonfarm payrolls report, which showed that 138,000 jobs were created in May, well below expectations for gains of 181,000 jobs.

August gold futures last traded at $1,279.60 an ounce, up 0.64% from last Friday, its fourth consecutive week of positive gains.

The rally in gold helped push up the entire precious metals complex higher with palladium posting its highest price in almost two years; September palladium last traded at $835.45 an ounce, up more than 6% from last week. July Comex silver futures last traded at $17.505, up 1% from last week. Meanwhile, July Platinum was the only weaker metal, last trading at 953.60 an ounce, down almost 1% from the previous week.

Looking ahead, analysts are optimistic that gold could continue to push higher on the back of a weaker U.S. dollar and falling bond yields. Following the employment report, the 10-year bond yield fell to its lowest levels of the year, last trading at 2.15%.

“The strong dollar story is suffering a slow death and that will be positive for gold,” said Ole Hansen, head of commodity strategy at Saxo Bank. “Gold will continue to do well as it looks like the market is pricing out a third rate hike this year.”

Lukman Otunuga, currency analyst at FXTM, also agreed that lower bond yields and a weaker U.S. dollar with be good for gold, adding that he is expecting prices to rally to $1,300 an ounce.

“Gold is poised to appreciate towards $1300 as Dollar weakness provides a firm foundation for bulls to initiate heavy rounds of buying. With expectations of the Federal Reserve raising U.S. rates beyond June taking a hit following May’s disappointing jobs report, the yellow metal is well supported,” he said.

Most analysts are completely writing off the June rate hike; CME 30-Day Fed Fund Futures, show that markets see a 94% chance of a rate hike June 14.

Past June, markets see a less than 50% chance of a third 25-basis point move by the end of the year. Traditionally, the Fed does not raise rates if expectations are below 50%.

Bill Baruch, senior market strategist at iiTrader, said that it could be a “dovish” hike as the U.S. economic data does not seem to support a third rate hike this year.

He noted a cautious tone by the Fed is the needed to push gold prices through $1,300. Until then, he said that he expects gold to test resistance at $1,290 an ounce.

“I think next week we see gold push higher but not break through $1,300. We like being in gold but if for those in the market, we are recommending our clients by some insurance with a $1,250 put option. For $6 an ounce, you have strong protection on the downside.”

Comey To Testify Before The Senate

According to analysts, another major support for the gold market next week will be continued turmoil in Washington D.C. as former FBI Director James Comey testifies before the Senate Intelligence Committee.

While interest rate expectations will be the ultimate driver for precious metals, George Gero, managing director for RBC Wealth Management, told Kitco News that he would expect gold to be volatile as a result of Comey’s testimony.

His testimony is part of the committee’s ongoing investigation into alleged Russian meddling in the U.S. presidential election and possible collusion with President Trump's campaign. This is the first time Comey will speak since he was fired by President Donald Trump on May 9.

Although many analysts are watching the $1,300 level very closely, there are still some major hurdles the gold market has to overcome to get there.

Hansen said that he is watching the $1,280 level as a break above it would create enough momentum to push the metal to $1,300 an ounce. Earlier this week, Hansen recommended investors buy $1,280 August call options and sell $1,300 August call options. The straddle options trade costs about $6 an ounce for a potential gain of $20 an ounce.

Baruch said that while $1,280 could provide some initial resistance, he sees a more significant barrier at $1,290, which represents a long-term trend line.

The docket of U.S. economic data is very light next week but markets will be sensitive to important international events. Next week, the U.K. will hold federal elections and polls suggest that Prime Minster Theresa May will not have a majority in parliament, giving the government less authority during important negotiations with the European Union about it’s the country’s exit process.

The European Central Bank will hold its monetary policy meeting on Thursday. Analysts have noted that anything positive for the euro could be good for gold, as it would result in a weaker U.S. dollar index.