'Plenty Of Reasons To Keep Gold In Your Portfolio' - TD Securities 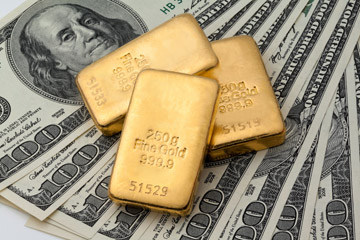 Gold will test the next key level of $1,300 if the Federal Reserve “remains cautious” at its upcoming June meeting, TD Securities said in a report.

“If the Fed maintains their stance that another hike is still in the cards then gold could run out of steam, but should they remain cautious, as we believe they will, gold could move higher and test the $1,300 level once again,” TD Securities' global head of commodity strategy Bart Melek and the bank's commodity strategist Ryan McKay wrote in their weekly report.

So far, gold has been rallying as the market awaits the testimony of the former FBI director James Comey in front of the Senate on Thursday. Last week, the yellow metal also received a boost following weak jobs data that came in below expectations at just 138,000.

All of the above have forced the market to question just how “aggressive” the Fed plans to be with their rate hikes this year.

“Further lacklustre data . . . caused the probability of a September hike to ease over the past month. [And] with President Trump fighting off legal battles and making very little progress on the fiscal stimulus front, it seems as though the Fed will have little reason to get aggressive in removing accommodative monetary policy,” the report pointed out.

During the opening hours of the Asian session on Tuesday, spot gold on Kitco.com was trading around $1,281, while August Comex gold was last seen at $1,284.20.

“Persistent economic weakness, political uncertainty, and a stock market on edge should keep gold well supported at this higher range in the near term,” analysts projected.