(Kitco News) - The gold market was able to resist a fairly optimistic Federal monetary policy statement, but was unable to hold its daily gains after what appeared to be hawkish comments from the Fed Chair Janet Yellen. 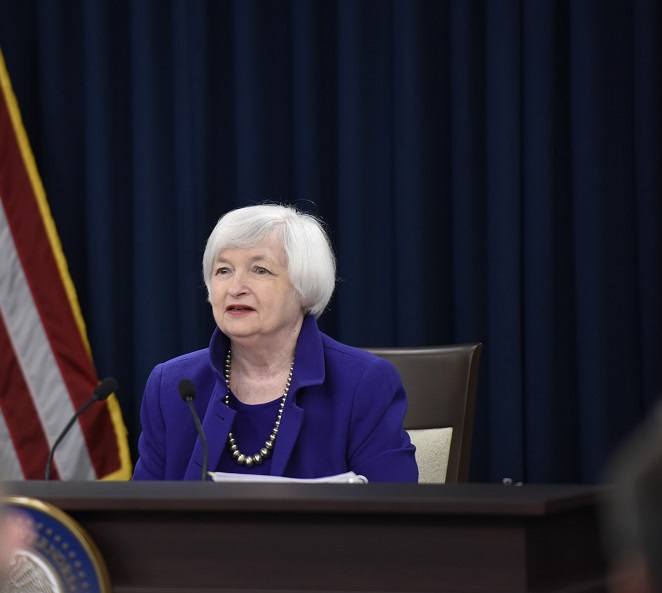 While gold had been steadily giving up its early morning gains as the market digested the latest Federal Reserve statement and economic projections, the yellow metal attracted renewed selling pressure as Yellen shrugged off weak inflation concerns.

While acknowledging that prices pressures are currently weaker than expected, Yellen said that conditions are in place for inflation to eventually pick up.

Her comments come as the Consumer Price Index showed annualized inflation rising 1.7%, its lowest increase since May 2015.

“It’s important to not overreact to a few readings,” she said.

Yellen said that because of current economic conditions, the committee anticipates further interest rate increases this year and next.

“I think it is prudent to move in a gradual way to remove accommodation,” she said. “We want to keep the expansion on a stable path.”

Yellen added that the risk is if they leave rates too low for too long, it could overheat the U.S. economy and the Federal Reserve would have to act aggressively, raising the risk of pushing the nation into a recession.

Along with a continued rise in interest rates, Yellen said that the central bank has prepared a plan to shrink its balance sheet, removing further accommodation in monetary policy.

“If the economy evolves as we expect, we could implement the plan really soon,” she said.