Is Bitcoin in a Bubble? Jim Rickards Seems To Think So....

Editor's Note: This story has been updated from its original version to reflect current prices. 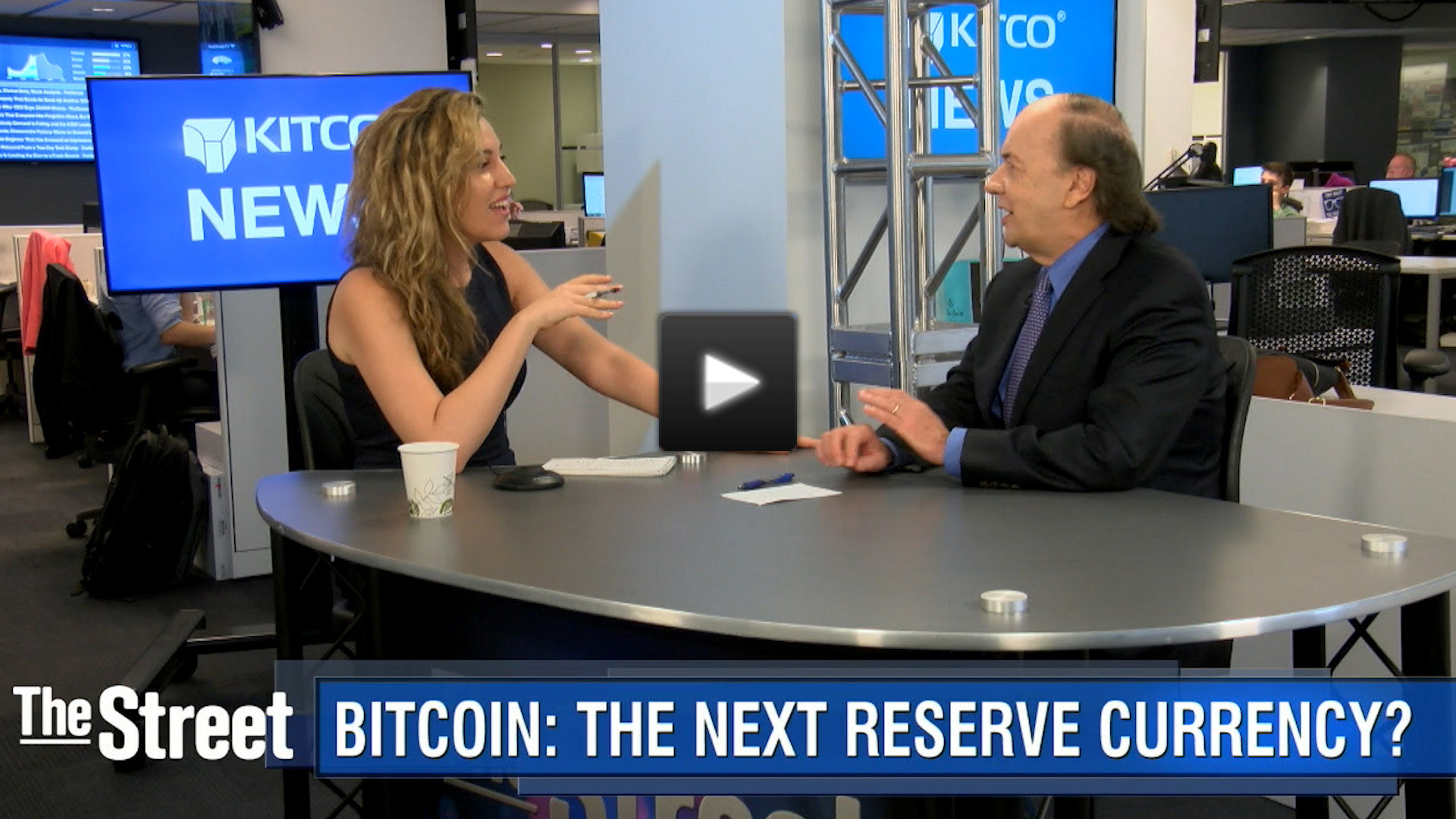 But, to bestselling author and currency expert Jim Rickards, the new age currency looks to be in a bubble.

However, delving into the theory of valuation, the Currency Wars author said that even if investors seem to be expressing a liquidity preference for Bitcoin over the dollar, it doesn’t necessarily mean they are losing confidence in the greenback.

‘If you were losing confidence in the dollar than gold would be going up and it’s not, so it looks like a bubble,’ he told Kitco News.

After jumping above $3,000 a coin, Bitcoin prices have cooled off, with Kitco’s aggregated market showing prices last trading at $2,185. Meanwhile, the U.S. dollar index have come off recent lows, last trading at 97.49, up 0.59%.

Despite the triple-, sometime quadruple-digit gains seen in some of these cryptocurrencies, Rickards said he’s sticking with his preferred investments: gold, cash and silver.

“I don’t own any bitcoin but for those who have a preference for bitcoin, good luck,” he said.

Bitcoin: Reserve Currency of the Future?

Could cryptocurrencies be the reserve currencies of the future? Rickards’ answer is simple: no.

“Bitcoin doesn’t have that, it can’t be a reserve currency until someone creates a bitcoin bond market but it’s too small.”

Another facet that investors may be ignoring, Rickards continued, is that investors who are racking up substantial gains from crypto investments should beware of the tax man.

If people aren’t reporting their capital gains properly on their tax returns, the Internal Revenue Service will step in, he said.

“The IRS could subpoena one of these [cryptocurrency] exchanges and freeze up all the bitcoin,’ he said. ‘The IRS did this with Americans with Swiss bank accounts, they’ll do it with bitcoin.’