Metals Focus: Growth In Gold-Mine Supply To End In 2017

(Kitco News) - Growth in global gold production is likely to come to an end in 2017 after eight years of uninterrupted gains, said the consultancy Metals Focus in a report Tuesday. 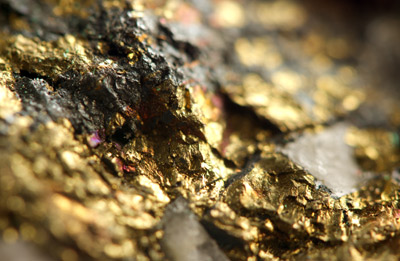 Annual mine supply has grown consistently since 2008 largely due to the emergence of China, Russia and Mexico as major gold producers, new mine start-ups in Africa and a recovery in “more mature” mining jurisdictions such as Canada and Australia, Metals Focus said

However, global mine production declined by 0.4% year-on-year in the first quarter, largely due to a sharp decline in output from China, the world’s largest gold producer, analysts said. Chinese output fell by around 10% from the year-ago period as a result of an extended New Year holiday at some operations and the introduction of stricter environmental regulations, which meant some marginal operations were forced to close, Metals Focus said.

This was offset by a number of other new projects around the globe that went into production last year, Metals Focus said.

“In line with the contraction in Q1, we forecast that global gold-mine production will fall marginally in 2017, bringing to a close nearly a decade of continued growth,” Metals Focus said. “In keeping with the first-quarter trend, this will be principally driven by lower output from China, as the ongoing effects of stricter environmental legislation continue to impact the rest of this year and into 2018.

“This will outweigh new additions from the development pipeline, which is expected to push production higher in a few countries.”

Meanwhile, the average global all-in sustaining production cost rose 4% quarter-on-quarter and 8% year-on-year. This was due to a recovery in currencies in some producer nations such as South Africa, a general pickup in the commodities sector that meant higher expenses for labor and supplies, and an increase in sustaining capital expenditure as producers reinvested following a period of austerity when gold prices fell, Metals Focus said.

“However, in spite of the re-emergence of this cost inflation, the industry as a whole remains cash-flow positive; even the 90th percentile of the all-in sustaining cost curve was in profit during the quarter,” Metals Focus said. “Furthermore, with the gold price expected to rise through the remainder of the year, we expect margins to increase in spite of continued cost inflation.”