Gold Analysts Ask: Do You Want The Good News Or the Bad News?

(Kitco News) - The gold market is expected to face some good news/bad news in the approaching shortened trading week, according to some analysts. 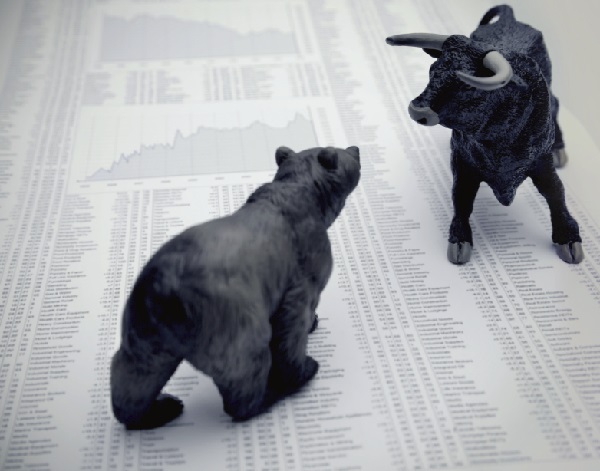 While a weaker U.S. dollar is expected to be less of a headwind for gold, the market faces a new challenge as expectations of global monetary policy tightening picks up momentum. Gold has seen little benefit from a weaker U.S. dollar as it sees its worst quarterly performance in seven years.

After a one-week reprieve, gold is ending the week on its back foot with prices last trading at $1,242 an ounce, down more than 1% from the previous Friday. Taking a longer-term look, the market is seeing its first negative monthly close since December as prices fall 2%.

Silver is seeing is fourth week of consecutive losses with July silver futures last trading at $16.595 an ounce, down 0.31% from the previous week. For the month, silver is down 4.6%.

“A weak U.S. dollar is good for gold; however, we have seen a tectonic shift in central bank monetary policy expectations,” said Bill Baruch, senior market analyst at iiTrader.com. “I say tectonic because this is something happening all over the world and expectations for tighter monetary policy have picked up rapidly.”

The shifting monetary policy expectations can been seen across the board in currency markets. For example, while gold in U.S. dollar terms has been fairly stable recently, the yellow metal has fallen to its lowest level in a year against the euro.

“The weak U.S. dollar is keeping the global gold market stable right now but that also presents a major risk if we see a bounce in the U.S. dollar,” he said. “The U.S. dollar has just been clobbered recently so there is a good possibility that we could see a correction in the short-term.”

Nick Exarhos, senior economist at CIBC World Markets, said that he is not expecting to see significant strength in the U.S. dollar as the gap in central bank monetary policy continues to narrow. However, he added that he doesn’t see a lot of potential for gold either.

“We don’t see much more upside potential for the U.S. dollar but global monetary policy tightening is going to be a major headwind for gold going forward,” he said.

Ole Hansen, head of commodity strategy at Saxo Bank, is also watching global interest rates as he sees renewed central bank volatility creeping back into the marketplace. He added that this could weigh on gold and there is a risk for the metal to fall back to the May lows around $1,220 an ounce.

Equities Could Be Gold’s Saving Grace

While the gold market looks a little heavy in the near-term, Hansen said that he isn’t counting the market out just yet.

“What the gold market really needs is a stock market correction,” he said. “I think there are enough underlying concerns in the market that will keep a lid on equities and support gold.”

Baruch added that he also sees potential for gold to find support on weaker equities. He noted that there are still a lot of unknown factors surrounding global monetary policy tightening and that could impact equity markets, which have seen significant gains as a result of massive liquidity.

Phillip Streible, senior market analyst at RJO Futures, said that he sees potential for lower prices in the near-term as central bank rhetoric weighs on gold. He added that the shortened trading week could promote investors to continue to quietly liquidate their positions.

“With growing optimism in the global economy, there seems to be little reason to own gold as a safe-haven,” he said. “People are shifting their focus to rising bond yields and that will hurt gold.”

In the past week, U.S. bond yields have seen considerable gains. U.S. 10-year bond yields are trading at their highest level in more than a month, rising by more than 10-basis points from its recent lows.

The rise in bond yields also reflects growing expectations of at least one more Federal Reserve interest rate hike this year. CME 30-Day Fed Fund futures are pricing in a 55% chance of at least of a 25-basis point hike by December.

However, analysts have pointed out that rate hikes are only half of the monetary policy story as the Fed is also looking to start reducing its balance sheet as early as September.

Levels To Watch
While there are risks for lower gold prices, analysts are optimistic that the metal will continue to hold key support around $1,240 an ounce, which represents the 200-day moving average.
A break of that level could lead to a test of the next support level at $1,230 an ounce and risk testing the May lows.

While gold investors will be watching bond yields closely next week, they will also need to keep an eye on a busy economic calendar as they celebrate Fourth of July.

The week starts off with important manufacturing data ahead of the Tuesday holiday and then picks up again with the release of the minutes from the June Federal Reserve monetary policy meeting. Thursday markets will receive service sector data and private sector employment data.

However, the big data point next week arrives on Friday with the release of June’s nonfarm payrolls report. Last month’s employment data, which came in as a disappointment, helped gold rally to a one-month high.