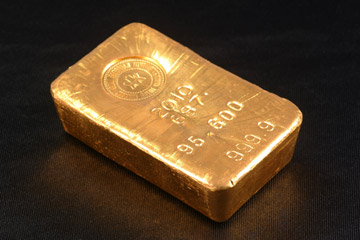 As gold prices are facing additional pressure from a more “hawkish” Federal Reserve, TD Securities is still expecting gold to do well in the second half of 2017, with this week’s main triggers being the FOMC meeting minutes and the U.S. jobs report.

“Moving forward this week, important US economic data will be the likely driver for the precious metals. Specifically, the FOMC minutes from June on Wednesday, along with the June jobs report on Friday, will be the major events this week with the potential to shift gold sentiment,” TD Securities’ commodity strategists Ryan McKay and Daniel Ghali said in a report.

The U.S. data this week will help the market figure out whether or not the Fed’s more “hawkish” tone, along with its plans to begin offloading the balance sheet, is in fact justified, analysts wrote.

“The jobs report will indeed be important in shaping the markets expectations of the Fed’s ability to follow through on these goals.”

If the data disappoints, gold is bound to recover and traders might start viewing the Fed’s projections as unrealistic.

TD Securities added that no matter the outcome this week, the yellow metal is expected to do well in the second half of 2017 as “it may turn out that the latest rate hike and the Fed's ‘hawkish’ stance is more bark than bite.”

Key drivers to watch for gold during the rest of the year are: Brexit, North Korean missiles and the Italian elections.

U.S. President Donald Trump’s ability to deliver on promised reforms should also be carefully monitored by investors, according to TD Securities.

“The equity market looks priced for perfection and may well come under selling pressure if rates move higher or if the Trump administration does not deliver stimulus in the form of lower corporate and personal taxes, which looks increasingly likely,” McKay and Ghali said.