Gold To Move Up Quickly If $1,350 Resistance Breaks: Milling-Stanley 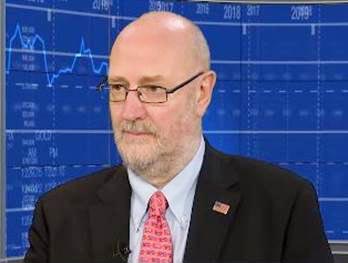 (Kitco News) - Gold prices could see a swift move up if gold’s resistance at $1,350 breaks, says one market analyst, adding that this could happen before the year ends.

“In the next 6-12 months, gold will be testing that overhead resistance around $1,350 area. If the resistance breaks, then gold could see a quick move up. That might well be enough to attract speculative money back into gold that has been absent since 2011-12,” George Milling-Stanley, head of gold investments at State Street Global Advisors, told Kitco News in a telephone interview.

Milling-Stanley’s gold outlook doesn’t view the Federal Reserve as a headwind to gold. “We are back on the Fed promising to be data-driven and the data certainly don’t suggest that there is any need to raise rates any sooner than December. And that should allow gold to move up a little further,” he said.

At its most recent meeting, the Fed announced that it is keeping its interest rates unchanged in a target range of 1% to 1.25%. The central bank also said that it will start to unwind its balance sheet “relatively soon.”

The meeting had “very little” impact on gold because nobody was expecting a rate hike and the Fed has done an excellent job in communicating when it is going to raise interest rates.

“There was nothing damaging to gold in that outlook. What it did do was allow gold to continue what it already started doing before the Fed meeting in July — which was to move up gradually,” Milling-Stanley said, adding that at the July meeting, the market didn’t get “an awful lot” of new items to digest.

When it comes to the Fed’s plans to unwind its $4.5 trillion balance sheet, Milling-Stanley also remains optimistic, estimating no adverse effect on gold prices.

“We have not seen any major reaction after the announcement of balance sheet reduction. That is because they communicated things well in advanced,” Milling-Stanley said. “The Fed is talking about maybe taking $10 billion a month off its balance sheet when they start. They threw that figure out there as a trial balloon to see if the market will get panicked by it in either direction. But, the market hasn’t really responded, which to my mind suggests that the market thinks $10 billion a month is probably a reasonable level.”

In the very end of May and beginning of June, gold bounced up against the $1,300 an ounce level. Then, the yellow metal dropped all the way down to near $1,200 area, but made a very nice recovery since then.

“I would expect that to continue, absent any bad news coming out,” Milling-Stanley projected.

Milling-Stanley also pointed to an interesting trend that has developed between gold and rate hikes since 2015, when the Fed raised rates for the first time since 2006.

“Ahead of each of those rate hikes, we’ve seen people go long dollar, expecting the dollar to go up when interest rates are higher; and we’ve seen a lot of people go short gold because they expect gold to go down,” Milling-Stanley said. “Once we get the reality of the rate hike, people gradually unwind those trades, so they’ll sell the dollar and buy gold. So counter-intuitively, after a rate hike, the dollar tends to soften and gold tends to go up.”

This time around, it has taken little over a month for the June post-rate hike bounce to arrive, the analyst explained, noting that this is what we are seeing at the moment in gold. “That is why we are comfortably above the mid-point of the trading range that we’ve been in for some years now.”

When to buy gold?

It can always be a good time to buy gold, according to Milling-Stanley, who believes any portfolio could benefit from small long-term strategic asset allocation-type buying in gold.

“It’s a mainstream asset these days — that’s the message,” he said.

Both macro economic and geopolitical risks are continuing to support gold prices.

“The uncertainties are causing the safe-haven buying of gold. At the same time, you’ve got a number of institutions and individuals who are quietly taking the opportunity of this relatively narrow trading range to rebuild those important strategic allocations that had dwindled down to dangerously low levels,” he said. “That is very healthy.”

This is a very strange period in markets right now, Milling-Stanley added. “Volatility is at record low levels, but people are admitting to being extremely anxious. Normally, when people are anxious that means that markets are volatile.”