(Kitco News) - Mitsubishi looks for gold to average $1,250 an ounce in the third quarter, saying continuing efforts toward normalization of U.S. monetary policy is a bearish factor for the metal but “dysfunctional” U.S. politics is a supportive one. 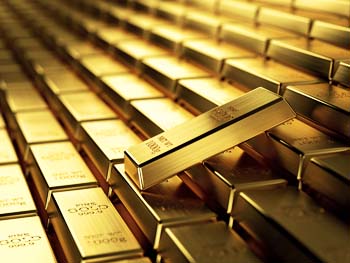 “With these competing forces at play, our base case is that gold will trade at $1,250 on average this quarter, as we discussed in our latest quarterly report, but there remains a reasonable chance of an upside breakout,” the firm said in a research report Tuesday.

For now, the yellow metal is at a “critical juncture” after breaking out of a long-term downtrend by closing above a monthly trendline going back to the all-time high hit in 2011, Mitsubishi said. However, there is “danger of short-term profit taking,” especially if U.S. jobs data and purchasing managers indexes are strong this week, causing a resurgence in the U.S. dollar to pressure prices, Mitsubishi said.

Mitsubishi pointed out that the U.S. Federal Reserve is seen ceasing reinvestment of proceeds from Treasury bonds and other debt securities.

“We view this forthcoming quantitative tightening to be a key downside risk for gold – Treasury yields are likely to rise as the Fed tapers its reinvestment, which would increase the cost of carry for non-interest-bearing bullion,” Mitsubishi said. “Furthermore, fixed-income markets do not seem to be adequately pricing in the well-signposted policy normalization that is currently under way; having raised rates three times since December 2016, the Fed still remains committed to raising rates one more time before the year is out in order to follow through on its repeated market guidance.”

The bond and gold markets could be rattled if markets start pricing in another rate hike in the fourth quarter, Mitsubishi said.

However, analysts also said one factor that “could get in the way” of a price decline is a “further deterioration of the dysfunctional U.S. political environment.”

Congress has adjourned for the summer without reaching a deal on lifting the $19.8 trillion debt ceiling, Mitsubishi pointed out. In the meantime, the government is relying upon certain measures to conserve cash.

“The Congressional Budget Office estimates that by October these measures will no longer be sufficient and the government will either need to slash spending or agree on a new debt limit,” Mitsubishi said. “In the febrile atmosphere of Washington, agreement is a rare commodity these days and there is a heightened chance that without a deal the U.S. government could shut down (as it did in 2013) or, more seriously still, technically default on its external bond payments – an event it narrowly averted in 2011.”

“At the very least, political turmoil and consequent volatility in the bond markets could support gold and stay the Fed’s hand in normalizing monetary policy, and in the extreme case of a technical default, gold could become very well bid as a safe haven, just as it did in summer 2011.”