Gold Will Be A Slave To North Korea-U.S. Conflict Next Week - Analysts 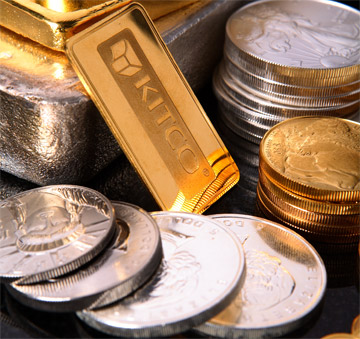 (Kitco News) - As geopolitical tensions around North Korea continue to dominate the gold market, analysts debate over how much profit taking the yellow metal might see next week after nearing the key $1,300 level on Friday.

Gold experts are almost unanimous in their predictions for gold next week, stating that the metal will be driven by geopolitical issues alone, rendering macroeconomic releases irrelevant.

“It all comes down to geopolitics, data is irrelevant now,” Edward Meir, independent commodity consultant at INTL FCStone, told Kitco News. “A lot will depend on what will be happening with North Korea.”

“Looks like we are now at a key inflection point. If North Korea situation quiets down, then gold could sell-off. But, if we start to get missile launches, then it will go much higher,” Meir pointed out.

London-based commodities analyst Jonathan Butler of Mitsubishi agreed, commenting that gold prices are tied to the geopolitical environment next week. “There is no real macro data to drive prices next week,” he said.

Gold is ignoring all of its natural headwinds, said George Gero, managing director with RBC Wealth Management, adding that the yellow metal is simply becoming the safe-haven it usually is in times of stress.

In the long run, managing director at American Precious Metals Advisors, Jeffrey Nichols, said he remains very bullish on gold; but in the short run, it all depends on the news regarding a possible conflict between North Korea and the U.S.

“Gold got a good lift from anxiety related to war fears. I see geopolitics easing up a bit in the next week and gold falling back down a few dollars,” Nichols said.

As gold traded near the top of its recent trading range on Friday, many analysts preferred to stay neutral in terms of their price projections for the upcoming week.

“I would say we are neutral, but that is absent of further geopolitical risk,” said Christopher Louney, commodity strategist at RBC Capital Markets. “Until the recent North Korea tensions, gold has become numb to risk since risk was a new normal. Right now, it is what is driving gold. If risks materialize into something more, then it will be very bullish for gold.”

Analysts are carefully watching the key $1,300 level for next week, while the support level remains near $1,250.

To Jameel Ahmad, VP of Market Research at FXTM, gold’s key resistance level at $1,300 will remain more sensitive to the North Korea tensions than the U.S. interest rate outlook.

“Further aggressive rhetoric from these parties may be enough encouragement for traders to finally advance past $1,300. From there, the potential upside movement would depend on the direction of political uncertainty,” Ahmad said.

Louney also noted that significant deterioration between the U.S. and North Korea could see gold breach $1,300, adding that if geopolitical risks were put aside, RBC’s forecast doesn’t see gold trading above $1,300 on a sustained level until 2018.

Louney said he is expecting $1,285 for gold next week, while his quarterly forecast calls for $1,268.

Butler also sees $1,300 as a possibility in the short-term, provided that gold gets above Friday’s high. “Profit taking will depend on the outlook of the geopolitical crisis. What seems to be happening now is that it is fading a little. Risk assets are getting a bit of a bid,” he said.

“$1,300 is the psychological level to watch, $1,296 is the technical level. On the support side, $1,252 is the ultimate low — a level that we’ve seen relatively recently, which shows that we’ve come a long way in a short space of time,” Butler elaborated.

“Technically, the gold market is now at a triple top formation. Gold hit the $1,300 level twice before and has not managed to go above it. If we do go above it this time, it will break that formation and gold could move much higher,” Meir said.

Gold traders continued to digest the latest developments around North Korea, while also receiving some disappointing inflation news out of the U.S.

The markets saw some behind the scenes diplomacy on Friday, with some parties trying to calm the situation before it got worse.

“China and Russia maybe are trying to broker some sort of peace. That seems to have hit gold a little this afternoon,” said Butler. “It does appear that prices are coming off a bit now after their recent support.”

On Friday, U.S. President Donald Trump issued a new threat to North Korea, stating that the American military options were “locked and loaded” when it comes to Pyongyang.

Even though everyone is focused on the geopolitical front, traders will still have some important macro data to digest next week.

U.S. retail sales from June and the NY Empire State Manufacturing Index are coming out on Tuesday; American building permits and housing starts from July are due out on Wednesday; and the Philadelphia Fed Manufacturing Index is scheduled for Thursday.