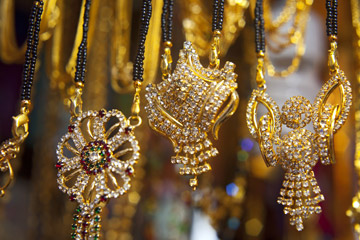 “The one story that we hear is that the business is becoming problematic for smaller jewelers,” Chirag Sheth, an analyst at London-based precious metals consultancy Metals Focus Ltd, told Bloomberg this week. “The bigger jewelers have deeper pockets, they have larger shops, better designs and better margins. It is very difficult for a smaller guy to compete.”

The Indian government has passed numerous new laws in the last couple of years that threaten the way small businesses operate in the country.

Lawmakers have been pursuing plans to increase India’s tax base after announcing that only 2% of citizens actually pay income taxes.

One major change included the demonetization of all 500 and 1,000 rupee bank notes last year, which helped to bring out a lot of cash people held as part of unaccounted wealth.

Also, India implemented a new law, forcing anybody who buys anything for more than $3,000 to provide their tax number.

And, the most recent new policy included the introduction of a 3% GST tax that came into effect July 1 and aims to help with traceability of transactions.

It is projected that around three-quarters of the estimated $45-billion gold industry makes its way through family-run jewelry shops, the media report said, adding that the fear is those small shops being overtaken by big nationwide chain stores.

“We still operate the way my father did for 50 years,” Anand Ghugre’s, owner of a family jewelry shop in Mumbai said, adding that not all transactions are recorded. “For small jewelers and the unorganized sector, most of our sales happen through personal connections. Sometimes they don’t want bills, but the jewelers can’t say no to them.”

The new GST rules put additional pressure on small businesses, increasing their costs, according to Sheth, who said that at least 37 different returns will need to be filed by jewelers in order to meet the new requirements.

Big national chains accounted for about 30% of the gold market back in 2015 and the new policies could increase that share to 40% in just four years, the World Gold Council (WGC) said in a January report.

In 2016, demand for gold in India has slumped due to some of the changes already introduced and has been slow to come back since.

“Government in India is not anti-gold. It has two overall objectives: One is to increase the tax base, and the second is to promote transparency in trade and commerce,” managing director at WGC India, Somasundaram PR told Kitco News in a telephone interview in July. “This drive is going to take gold out of the shadows of black money and help mainstream gold. Our view is certainly that trade will not have any option but to get more organized.”

Accomplishing this won’t be an easy task, as India is still very much a cashed-based economy. According to a PwC report from 2015, 98% of all transactions in India in volume terms were still done in cash.