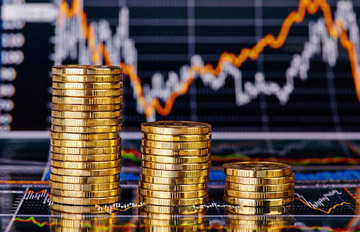 (Kitco News) - In another case of market “spoofing,” a former UBS trader was charged with manipulating gold, silver, platinum and palladium prices.

Conspiracy, wire fraud and commodities fraud are among the charges brought against Andre Flotron, a Swiss citizen, who was employed by the bank in Switzerland and the U.S.

The former trader is accused of executing smaller trades on the opposite side of the market while the spoof orders were pending in order to make money from the price moves they created with their fake trades.

These actions triggered a false market reaction to benefit the trader, the complaint explained. “Flotron created the false appearance of substantial supply or demand to fraudulently induce other market participants to react to his deceptive market information.”

Flotron appeared in a federal court in Newark on Wednesday, after being arrested while visiting his girlfriend in New Jersey, Bloomberg reported. He now faces up to 25 years in prison and will be held in jail without bail until his court appearance in Connecticut on September 22.

The alleged spoofing activities were carried out between July 2008 and November 2013, according to the investigation. Flotron reportedly left his position at the UBS in 2014, CNBC said, citing an unnamed source.

Another UBS trader allegedly helped Flotron carry out these fake trades, but it is unclear if anyone else involved in the scheme would be charged.

Flotron expects to fight all allegations against him. “We’re going to fight this case,” his attorney, Marc Mukasey, said in court. “There’s a big issue here as to whether or not this was a government-created crime [or industry practice].”

The former trader is the second person to be publicly charged in the U.S. investigation into the fixing of precious metal prices.