"Pressing" Need to Reform the Gold-Trade in India - WGC

(Kitco News) – The World Gold Council Thursday proposed a spot gold exchange for India and offered to play a lead role in establishing a committee to provide guidance. 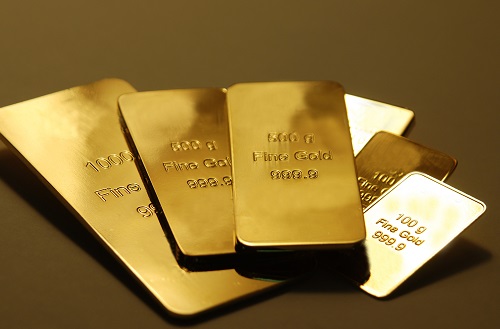 The country is the world’s second-largest gold market behind China, with annual demand of between 800 and 900 tonnes, the WGC said. Still, the Indian market faces challenges that could be diminished with an exchange, officials said.

“These challenges include lack of quality assurance, weak price transparency and fragmented liquidity and regulatory issues,” the WGC said. “There is a pressing need to reform the gold-trading market in India.”

The Indian government previously raised the idea of a national exchange two years ago, according to news reports.

The WGC listed several ways an exchange would help transform the Indian market, starting with standardization of bullion by setting delivery standards, thereby improving “trust” in gold. An exchange would mean increased price transparency, and could even lead to an “India reference” price that strengthens the country’s position in the global market, the WGC said. An exchange could also better organize what is an otherwise “fragmented” market in India, the WGC said.

“The spot exchange will enable players across the value chain to source physical gold without going through several layers of intermediaries,” the WGC said. “The exchange will enable financial institutions to launch gold-backed products more effectively, thereby providing a strong impetus to government initiatives for monetization of household gold.”

Development of an exchange would require close coordination among all of the participants in the market, the WGC said. The first step includes securing a commitment from key market participants.

Given the magnitude of work that needs to be done in setting up the exchange, the World Gold Council said it is willing to play a key role in this entire process. Officials added that the WGC played a similar role in the establishment of the Shanghai Gold Exchange and a kilobar contract in Singapore.

India has several commodity exchanges, although they are futures exchanges primarily used to hedge against gold-price risk and to take proprietary positions, the WGC said. A spot exchange would focus on price discovery and provide physical deliveries.

An exchange would need to disseminate prices with the best possible sell orders in order to minimize bid-ask spreads, the WGC said. A small number of specified contracts should be established, as well as delivery locations. Vaults would be established for safe storage. A “clearly defined regulatory architecture” would also be required, the WGC added.

“While bullion market participants will benefit directly, scrap dealers, gold doré importers and end consumers will receive indirect benefits,” the WGC said. “However, the exchange may also create some short-term challenges for those participants who currently do not adhere to delivery and compliance standards. “