A total of 135,000 jobs were created during the previous month, down from August’s downwardly revised 228,000, ADP said on Wednesday.

The report was better than expected with consensus forecasts looking for gains of 125,000 positions.

Ahead of the report, gold saw a recovery based on bargain hunting after a recent selling spree. In an initial reaction to the data, the yellow metal edged down, with December Comex gold last seen trading at $1,279.80, up 0.41% on the day.

The decline in the monthly job numbers was in part due to damage caused by Hurricanes Harvey and Irma.

Looking at the components of the report, most job growth was reported in larger companies that employ 500 or more people, with the number of workers there rising by 79,000.

Service-providing sector saw 88,000 job gains in September, while the goods-producing sector added 48,000 positions, led by hiring in the construction, manufacturing as well as mining and natural resources.

After digesting the ADP data, economists said they were worried about September's non-farm payrolls, which are scheduled to be released on Friday.

“Despite coming in better than the markets expected, that leaves us a little concerned because the ADP’s methodology means that the hurricanes shouldn’t have had much of an impact. Looking at the details, it was small retailers who suffered the worst,” said Paul Ashworth, chief U.S. economist at Capital Economics.

“The ADP survey counts as employed anyone on the payroll, whereas the official non-farm payroll figures only count people as employed if they were paid during the survey period. The upshot is that Hurricanes Harvey, which hit in late August, and Irma, which hit during the NFP survey week, should have had a relatively smaller impact on the ADP,” Ashworth added. 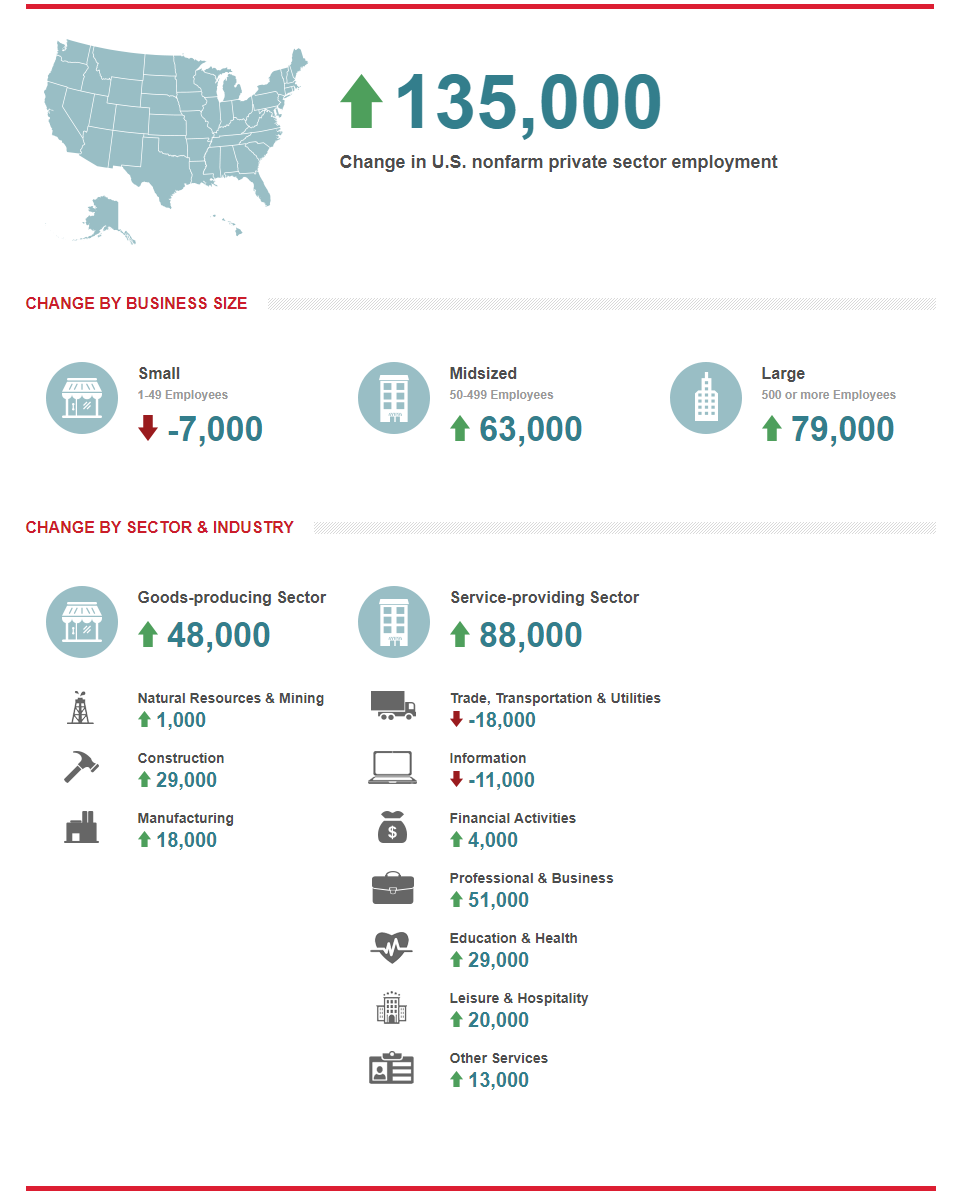