Is Gold A Gift From The Heavens? - LIGO Report

(Kitco News) - For the first time ever, scientists have investigated what happens when two neutron stars collide, and you won’t guess what they’ve found… 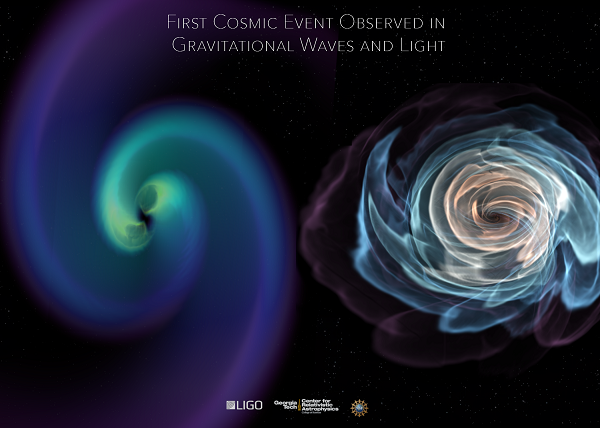 The result of the unprecedented research? Heavy metals like gold and platinum are created.

In mid-August, scientists at the U.S.-based Laser Interferometer Gravitational-Wave Observatory (LIGO); the Italy-based Virgo detector and some 70 ground- and space-based observatories detected gravitational waves — ripples in space-time — in addition to light from a spectacular collision of two neutron stars.

According to the report published Monday, this is the first time that a cosmic event has been viewed in both gravitational waves and light.

“[O]bservations made by the U.S. Gemini Observatory, the European Very Large Telescope, and the Hubble Space Telescope reveal signatures of recently synthesized material, including gold and platinum, solving a decades-long mystery of where about half of all elements heavier than iron are produced,” the LIGO said in the report.

“It is tremendously exciting to experience a rare event that transforms our understanding of the workings of the universe,” added France A. Córdova, director of the National Science Foundation (NSF), which funds the LIGO.

While researchers are still going through the data, the LIGO said that a general picture is emerging that at the moment of collision between the two neutron stars, a “fireball” of gamma rays are released followed by the release of material left over from the collision.

“The new light-based observations show that heavy elements, such as lead and gold, are created in these collisions and subsequently distributed throughout the universe,” the report said.

“In the weeks and months ahead, telescopes around the world will continue to observe the afterglow of the neutron star merger and gather further evidence about various stages of the merger, its interaction with its surroundings, and the processes that produce the heaviest elements in the universe,” the institute added.