$1B Worth of Fiat Currency Going To Zero? 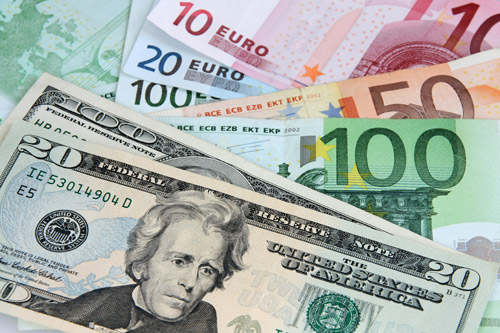 The Swiss franc – known to many as a safe-haven currency – is set to expire soon, making up to one billion francs worthless.

This expiration date applies only to franc bank notes that were introduced in 1976, as reported on the Wall Street Journal Friday.

“Switzerland is unique among rich countries because its bank notes--from the 10-franc bill all the way to the mighty 1,000-franc bill ($1,025)--lose all of their value 20 years after they are replaced by new ones. Franc coins are always usable,” the media report said.

In May 2000, the bank notes were taken out of circulation and that is when the 20-year time frame began.

“So starting May 2020, people won't be able to exchange the roughly one billion francs's worth of 70s-era notes that are still out there. They will become worthless relics, the same thing that happened to bills going back to 1907,” the WSJ said.

However, authorities are looking to change this law.

"The purpose is to avoid that people find themselves with bank notes that have no value," the federal council said in August. "Switzerland would adapt to the practices of other industrialized countries."

In the meantime, the country’s central bank – the Swiss National Bank – does not keep the bank notes post-expiration. Instead, “[u]nder a century-old law, the SNB transfers the equivalent amount worth of obsolete bank notes to a Swiss fund that insures against natural disasters like avalanches,” WSJ reported.

It is difficult for authorities to determine where the 1970s franc bank notes are and according to the report, there were roughly 1.1 billion worth still in circulation in 2016.

Tuesday's Charts for Gold, Silver and Platinum and Palladium, Oct. 20

Where are the stops? Tuesday, October 20, gold and silver