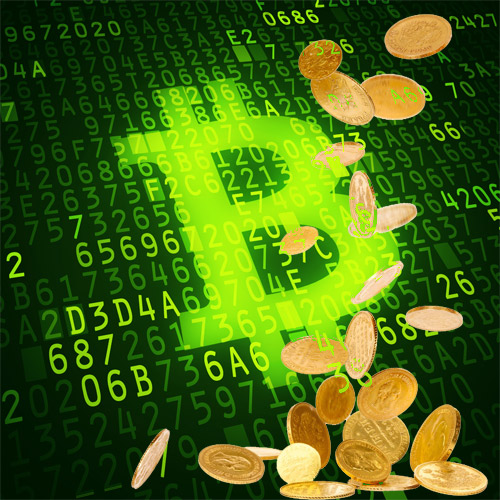 The ongoing debate in the financial community is whether bitcoin (or other cryptos) will replace gold. But, one analyst is convinced this will “never” happen.

“It seems that more and more people justify investing in cryptocurrencies — even at current record prices — by claiming that they’re an effective hedge against the instability of fiat currencies,” wrote Olivier Garret, CEO of Mauldin Economics, in a Forbes post Thursday.

But it is hard assets like gold that are the “real stores of value” and safety against currency depreciation while cryptocurrencies fall short, argued Garret.

“Despite what the crypto-evangelists will tell you, digital tokens will never and can never replace gold as your financial hedge.”

Garret laid out a six-prong analysis comparing the two asset classes to make his case.

First, he argued that a majority of the digital coins available today will be “wiped out” and unlike gold, cryptocurrencies do not have a long history as a store of value.

“Only a few will become the standard, and nobody knows which ones at this point,” he said. “Cryptocurrencies have been around for less than a decade, whereas gold has been used as a store of value for thousands of years…We know for a fact that stocks and bonds have low or negative correlations with gold. This makes gold a powerful hedge.”

Garret also pointed out that hype and speculation seem to be driving cryptocurrencies’ values higher, which has many investors questioning whether some of these markets are in a bubble.

“With such an extreme degree of volatility, cryptocurrencies’ value as a hedge is questionable…This is pure speculation, not hedging,” he said.

Gold is considered the anti-fiat currency and although some investors like to argue cryptocurrencies also play that role, Garrett noted that digital currencies are more similar to fiat money than people think.

“The definition of ‘fiat money’ is a currency that is legal tender but not backed by a physical commodity,” he explained. “It’s clear that cryptocurrencies partially fit the definition of fiat money. They may not be legal tender yet, but they’re also not backed by any sort of physical commodity. And while total supply is artificially constrained, that constraint is just... well, artificial,” he added.

“With security issues surrounding cryptocurrencies still not fully rectified, their capability as an effective hedge is compromised,” Garret wrote.

As for liquidity, he noted that gold can be converted into, “cash on the spot, and its value is not bound by national borders. The same cannot be said about cryptocurrencies. While they’re being accepted in more and more places, broad, mainstream acceptance is still a long way off.”

Just the mere size of both these markets is also a testament to gold being a stronger hedge, he said.

The World Gold Council put the total value of all gold ever mined at $7.8 trillion while cryptocurrency markets total at about $161 billion, Garret noted. “That’s a long shot from becoming as liquid and widely accepted as gold.”