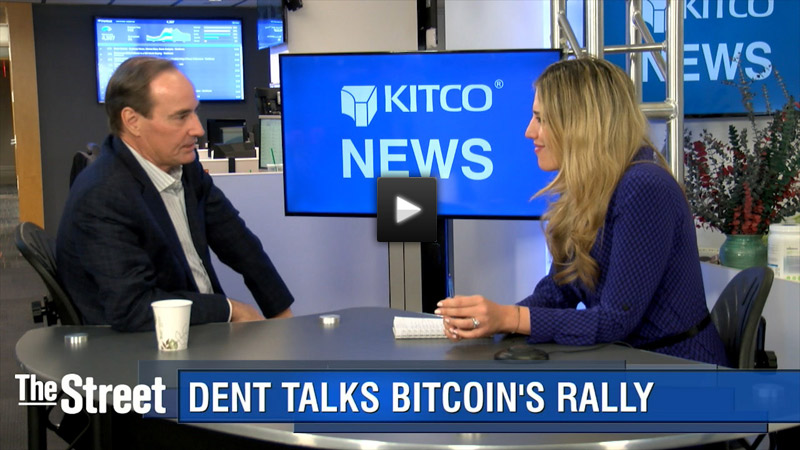 (Kitco News) - Don't expect to see gold prices skyrocket in your lifetime, this according to market watcher Harry Dent.

“I always tell the gold bugs who argue that we’ll see gold hit $5000 per ounce that they are right…after they’re dead!” the economist wrote in his latest book, Zero Hour.

Speaking with Kitco News ahead of the official book launch, Dent said that although he is bullish on gold over the long term, he wouldn’t be surprised to see prices correct by more than 50% before they move higher.

“Gold is a premier commodity and goes up and down with the commodity cycle,” he said.

“Ultimately for gold to erase its bubble and go back to its bubble origin, it would need to go to $400-450 an ounce,” he said. “I think it will in the next commodity bubble, which I can predict today will peak somewhere between 2038-2040 with a pretty high degree of certainty.”

Known for his often gloomy outlook, Dent’s bearish outlook also spilled over into the stock market. In his new book, he warns investors to prepare for the coming of an “economic winter.”

To Dent, the coming financial crash will “dwarf” the Great Recession and possibly even the Great Depression.

Bitcoin: Too Late to Jump In?

The famed economist said cryptocurrencies are not currencies “yet.”

Instead, he thinks bitcoin and ethereum are trading similarly to a stock of a new company, “like an IPO, they call them ICOs.”

And despite the rally in cryptocurrencies, with bitcoin hitting a new all-time high above $7,000, Dent says it might be a little too late to jump in right now.