(Kitco News) - Lackluster investor interest in North America and declining jewelry sales in India weighed heavily on global gold demand, which fell to its lowest level in eight years, according to the latest report from the World Gold Council (WGC).

In its Gold Demand Trends report, the WGC said that total gold demand between July and September dropped to 915 tonnes, a 9% decrease compared to the third quarter of 2016. At the same time, total gold demand is down 12% so far this year.

The other major drag on the gold market was lackluster jewelry demand in India, as the market continued to adjust to the government’s demonetization plans introduced last year. Most recently, the Modi government hit Indian’s gold market with a 3% Goods and Services Tax on July 1.

The WGC said that global jewelry demand totaled 478.7 tonnes in the third quarter, down from 495.30 tonnes consumed during the same period last year.

Look Past The Headline Numbers

While the overall headline demand figures don’t paint a rosy picture for the gold market, Juan Carlos Artigas, WGC's director of investment research, said that it is important for investors to look past the headlines as there is still robust strength in the market.

Artigas noted that investment demand, while not as strong as last year, still showed positive growth. One of the reason behind the lag could be that gold recently has had to compete with record gains in equity markets.

On top of that, investment numbers in the report are a little skewed, according to Artigas, because last year the market had to deal with extraordinary events. For example, the unexpected Brexit vote victory in July 2016 caused gold prices to push to a one-year high of $1,377.80

“You had lots of uncertainty last year and that pushed the price of gold up and ETF investments followed suit,” he said.

Removing all comparisons, Artigas pointed out that investment demand remained positive, with European markets taking a leading role. Sixty percent of ETF growth in the third quarter was from European demand, he specified. 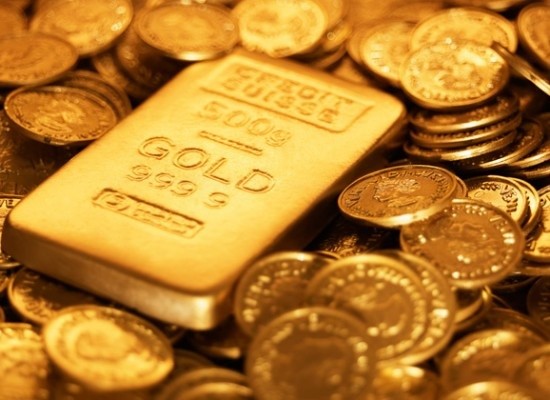 “Despite the rise in interest rates and the rally in stock markets, gold continues to be bought by investors. They still see value in gold and see it as an inexpensive way to buy portfolio protection,” he said. “The gold market is global and that gives it depth and robustness.”

“China’s gold market is in relatively good shape: [year-to-date], 2017 has seen the second highest volume of bar and coin demand on record,” the WGC said in its report.

In Europe, German coin and bar demand increased 45% to 21.1 tonnes.

“July saw a spurt of activity as the euro-denominated gold price dipped to its lowest level since February 2016,” the WGC said.

Central banks help to support the market, as the sector saw demand grow 25% in the third quarter to 111 tonnes, up from 89 tonnes of gold bought during the same time last year.

The Russian central bank was the biggest player in the gold market with its purchase of 63 tonnes of gold in the third quarter, which pushed its total holdings to 1,778.9 tonnes.

A final component of strength in the gold market came from the tech sector, which has seen relatively weak demand for the last six years. In the third quarter, gold demand in the tech sector rose 2% to 84 tonnes, up from 83 tonnes seen last year.

Artigas said that while this segment won’t be a major source of demand like silver or platinum, the WGC expects to see consistent growth from the tech sector as demand for electronics continues to grow.

“Ultimately, gold is a diverse market and that is why it is attractive to investors,” he said. “You don’t want to see every year only growth in investment demand because that isn’t sustainable. Even if investment slows down, it allows other sectors to catch up and that creates a long-term robust trend.

Finally, on the supply side, the WGC said that production declined 1% with mines producing 841 tonnes of gold, compared to 851.8 tonnes produced in the third quarter of 2016. However, year to date, the council noted that production is at its highest level hitting a record, 2,420 tonnes.