(Kitco News) - Silver will be the precious metal to watch next year, according to commodity analysts at TD Securities. 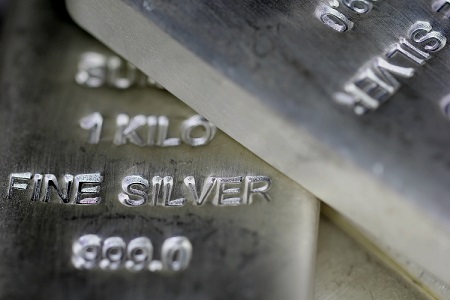 In its 2018 Global Outlook, the Canadian bank said its trade recommendation for next year is to go long silver with a price target at $20 an ounce, which is more than a 17% gain from current prices.

The analysts are also bullish on gold in 2018, but given silver’s higher volatility, they see more potential with the grey metal.

The analysts provide several bullish factors in support of a precious metals rally next year, including a weaker U.S. dollar and fewer U.S. interest rate hikes.

“Based on the recent Fed trend of continually dropping its dot plot estimates and ongoing concerns that their models may be misspecifying inflation, there is a good chance that the world will get less than the four cited rate increases over the next twelve months,” the analysts said. “This could in turn lead gold traders to speculate that the FOMC may lower its terminal rate projections down from the current 2.75 percent, as low inflation would require low real interest rates.”

The bank noted that the U.S. dollar could lose steam as the Fed pursues a gradual interest rate trajectory, allowing other central banks to catch up.

“With equities in record territory and pricing in both low rates and earnings perfection, there will be a growing constituency who believe that there is more downside than upside risk. This historically has meant that investors beef up gold and precious metals exposure as a hedge,” they said.

May 2018 will be an important milestone for the U.S. economy as that would put it in the second longest expansion since the Second World War. However, while the current recovery appears long in the tooth, the bank said there is only a 20% chance that the economy falls into a recession.

The bank’s economists added that a correction in equity markets might not trigger a recession, saying that another spark is needed.

“A more hawkish Fed coupled with an anti-interventionist Congress could be a recipe for allowing a crisis to fester and thereby triggering a recession, despite what should be clear lessons from 2008 and 2009,” they said. “If the US slips into recession during 2018, the best case would be for around 200bp of interest rate cuts from the Fed - a far cry from the 400 to 500bp in cuts that accompanied prior downturns.”