(Kitco News) - The gold market continues to trade on a knife’s edge as technical analysts see potential for the market to move in either direction, depending on which side can garner the most momentum. 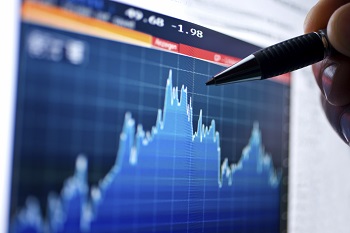 Gold prices have been trading in a narrow range between its 100-day and 200-day moving averages for nearly four weeks, which means analysts are keeping a close eye on a few levels. December gold futures last traded at $1,279.70 an ounce, up 0.16% on the day.

One analyst even pointed out that this is the narrowest range the gold market has been in since April 2005. That year, the year-end price of the metal ended 20% higher.

Lukman Otunuga, research analyst at FXTM, described the price action as a “fierce battle between the bulls and bears.” He said that $1,280 is the key pivot price traders need to watch in the near-term.

However, he added that he is not expecting gold to break out of its range anytime soon as the market is lacking a catalyst.

Omkar Godbole, market analyst at FXStreet.com, said that he sees potential for gold prices in the near-term as it appears that bears are struggling to hold gold below its 100-day moving average, which comes in at $1,282.40 an ounce.

“The metal is likely to witness a bullish cup and handle breakout soon. A move above $1284 would confirm a bullish break and shall open doors for a rally to $1306,” he said. “On the downside, only an end of the day close below the 200-day MA of $1264 would signal the continuation of the sell-off from the high of $1357.52.”

Chris Beauchamp, market analyst at IG, said that gold needs to hold above $1,280 and then push above $1,290 to suggest renewed upside momentum.

He added that he is watching equity markets as that could be the catalyst the gold market has been waiting for.

Ilya Spivak, senior currency strategist at DailyFX.com, said that he sees a bearish triangle forming in gold and a break below $1,272 would lead to a test of the October low at $1,260.80 an ounce. He added that on the upside prices need to push above $1,293.40 to target the October highs above $1,300 an ounce. 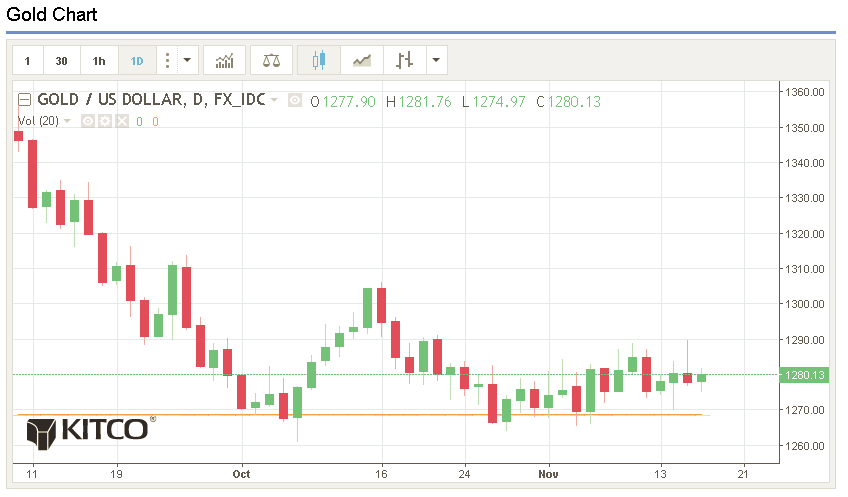