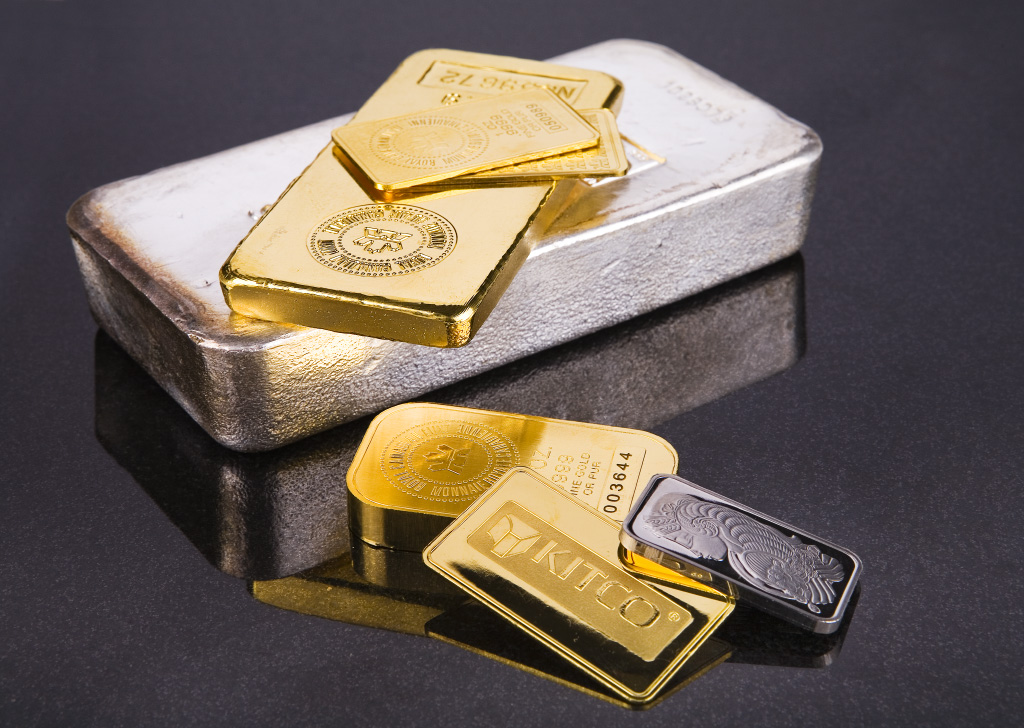 (Kitco News) - Gold prices will only see a relief from a more aggressive Federal Reserve in the end of 2018, says JP Morgan in its 2018 outlook, advising traders to short gold for now.

“Current trade recommendations (mostly tactical): short gold,” JP Morgan said. “We have been short gold since late summer and are rolling this position into 2018.”

The outlook projects a similar path for all precious metals: “Given solid economic growth, a possible bottoming out in inflation and the potential further Fed repricing in 1H18 US real rates should rise in 1Q and 2Q, thus pushing prices lower,” the outlook said.

“Precious metals prices should stabilize mid-year and move higher into 2H on the assumption that given the aging US cycle the US economy might become increasingly vulnerable to further rate hikes ultimately pressuring real rates lower as the Fed potentially takes a pause,” the report added.

JP Morgan pointed out that it estimates five more Fed rate hikes between December 2017 and December 2018.

“As we believe gold rallies on the back of US real yields potentially stagnating in 2H18, we see even greater upside potential in silver given its historical tendency to outperform gold during outsized rallies,” the outlook said. 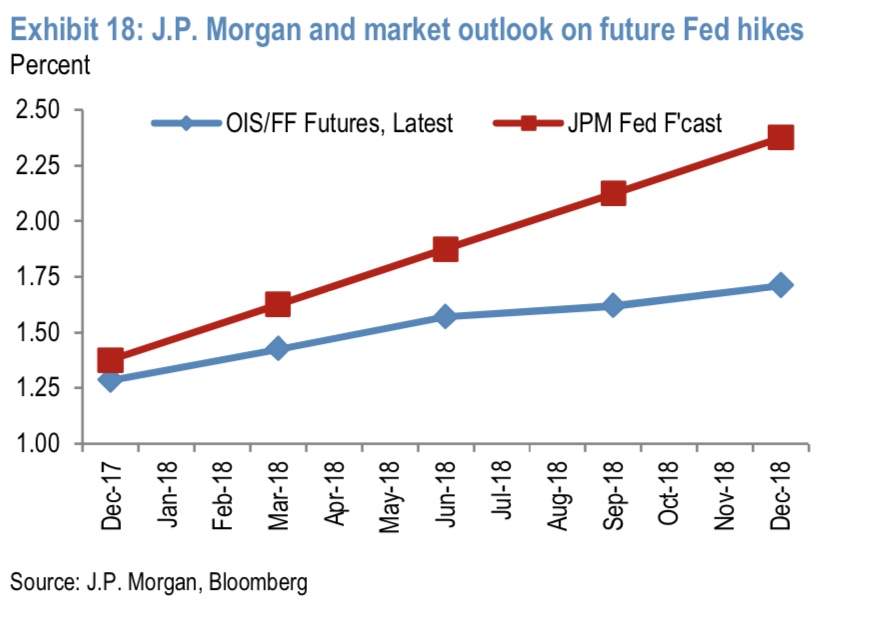 “It is absolutely crucial to choose the proper trade location so that we are holding our breath for the moment as gold and silver appear to be vulnerable to a slightly deeper setback to countertrend decline targets at $1,241 and at $15.91,” the outlook said. “That said we are working buy-orders at $1,245 and at $16.10 while already holding on to core long positions in gold, silver, and platinum.”

When it comes to palladium and platinum prices, both will average close to parity at $960 an ounce next year, the report said. “Palladium [will] continue to trade above platinum in 1H18 but cede ground in 2H18 as platinum rises into year-end.”

JP Morgan highlighted that 2018 will be filled with tactical opportunities, pointing to the Fed and how its tightening will impact the markets.