Jim Cramer: Gold Is Losing Its Luster To Bitcoin

(Kitco News) - Bitcoin's unprecedented 1,000% this year has taken the shine off gold, but the yellow metal still has a role to play in a portfolio, said CNBC's Jim Cramer. 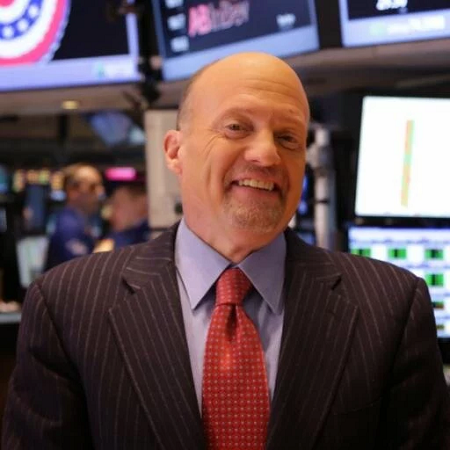 While showing some concern for the cryptocurrencies parabolic rise, Cramer admitted that it has taken gold's luster this year.

"Gold has kind of lost its moment here," he said in a recent fireside chat on his show Mad Money.

For the last two months, gold has been stuck in its narrowest range in more than a decade. The yellow metal has been unable to break above key resistance at $1,300 an ounce as it not only competes with Bitcoin but record equity markets and resurging momentum in the U.S. dollar.

However, despite its recent stalled performance, gold is up more than 10% since the start of the year. While trapped in a range, many analysts have noted that despite significant headwinds, gold prices remain resilient, holding above key support levels. February gold futures last traded at $1,276.60 an ounce, down 0.44% on the day.

Although gold currently lacks momentum, Cramer said that he still recommends that investors hold up to 10% of their portfolio in gold.

Cramer has been fairly negative on the digital, saying that he doesn't think the gains above $11,000 will last. Kitco.com aggregated Bitcoin charts showed the price last traded at $11,285.

"Even if you believe in bitcoin, the velocity of the move is a sign that it is parabolic. And parabolic moves don't last," Cramer said recently on CNBC's Squawk on the Street. 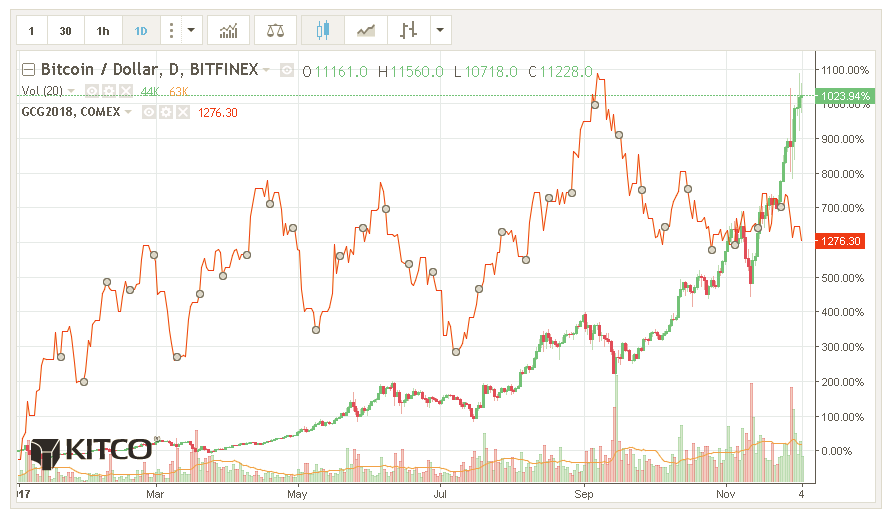