(Kitco News) - Next year could be difficult for the precious metals markets as interest rates rise along with the global economy, according to analysts at Bank of America Merrill Lynch (BAML). 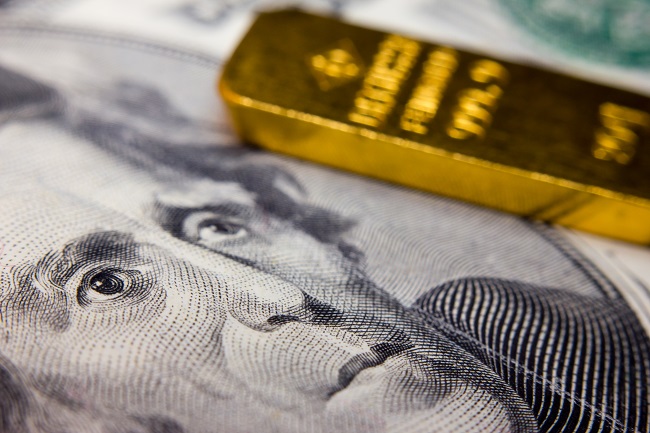 BAML’s precious metals outlook comes as gold settled Tuesday at $1,264.90 an ounce, its lowest level in four months. At the same time March silver futures settled at its lowest level since mid-July at $16.07 an ounce.

Francisco Blanch, head of commodity and derivatives, said the bank is cautious on precious metals as it sees a rise in real interest rates and renewed strength in the U.S. dollar.

“While inflation should rebound slightly, the macro-economic backdrop remains challenging for gold and as such, we see only limited upside to prices in 2018,” he said in his 2018 outlook report.

Currently the bank is expecting the Federal Reserve to raise interest rates three times next year. This is in line with the central bank’s own forecast, but is more hawkish than markets expect. CME 30-day Fed Fund futures are pricing a 50% chance of only two rate hikes by November 2018.

Higher interest rates, coupled with a modest rise in inflation, will lead to higher real yields, dragging down gold, which is a non-yielding asset.

Overall, BAML is extremely bullish on the U.S. economy as they see it expanding 2.4% next year, up from 2.2% growth in 2017. At the same time, they estimate the nation’s unemployment rate falling towards 3%.

Ethan Harris, head of Global Economics, said at the conference that he is confident in continued economic growth because consumers see fewer risks in the financial system.

“We are entering the new year with almost a very goldilocks feel around the economy and markets,” he said. “The bullishness in economic growth is warranted.”

As for inflation, Harris said that it is only a matter of time before ongoing economic growth will boost inflation higher. For the year, BAML penciled in a core Consumer Price Index of 1.8% by the end of 2018 and reaching the Federal Reserve’s 2% target by 2019.

“Just be patient. The unemployment rate is dropping every quarter and at some point we will see higher inflation,” said Harris.

While there are risks to gold and silver in 2018, BAML also sees some potential, especially if inflation surprises to the upside. In all, the bank recommends investors hold a 5% allocation in gold.

“An inflation surprise would in all likelihood bring buyers into the market, partially because gold is usually held as protection against rises in general price levels,” the bank said in its report. “We advocate investors who are underweight gold to increase their allocation.”