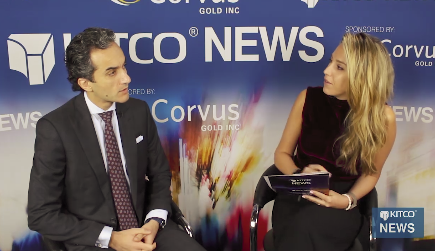 (Kitco News) - A state-owned company in Kazakhstan is cutting output of uranium, which analysts say will dent global supply and lead to higher prices.

NAC Kazatomprom JSC said the company and its subsidiaries plan to reduce uranium production by 20% in order to better align its output with demand. The cuts will be for three years starting in January.

A number of news reports have cited analysts as saying this is a supply shock that will boost prices since a significant amount of metal is being taken away from the market.

On its website, the company said this will result in a production deferral of 11,000 tonnes during the three-year time frame. An estimated 4,000 tonnes will be cut in 2018 alone, representing approximately 7.5% of global uranium production for 2018 as forecast by UxC, Kazatomprom said.

The company said it has informed all major customers, adding that future contractual delivery obligations will not be affected.

"Given the challenging market conditions, and in light of continued oversupply in the uranium market, we have taken the strategic decision to reduce production in order to better align our production levels with market demand,” said Galymzhan Pirmatov, chairman of board of Kazatomprom.

“We believe that these measures strongly underline our commitment to ensuring the long-term sustainability of uranium mining -- a critical component in the generation of clean, carbon-free electricity around the globe.”