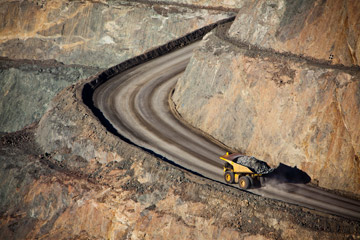 (Kitco News) - The mining sector in Australia will have a great year in 2018, with production more than doubling in comparison to this year, according to BIS Oxford Economics.

The report, titled ‘Mining in Australia 2017 to 2032’ and published on Sunday, shows the national resource sector booming next year.

Mining exploration, production and maintenance are all expected to show significantly better results.

“The enormous investment boom is now translating into production, particularly within oil and gas, where Australia is expected to become the leading LNG (liquefied natural gas) exporter by 2022,” BIS Oxford Economics Economist Rubhen Jeya said. “Growth in mining production will be roughly double the pace of the national economy over the next five years.”

One of the beneficiaries will be the Bowen Basin area, Australia’s largest coal reserves located in Central Queensland.

BIS also estimated that mining production will continue to accelerate throughout the next decade.

The key takeaway from the report is that the downturn in the Australian mining industry is over, said BIS Oxford Economics associate director of construction, maintenance and mining Adrian Hart.

“We should be looking at the mining industry as a whole. Even without the Adani project, the mining industry is looking very positive for 2018,” Hart said. “We are taking projects out of mothballing, out of care and maintenance and back into production.

The number one risk facing #mining next year is digital effectiveness - EY | By @annagolubova | https://t.co/SY0fIFi0Ie pic.twitter.com/DrXRQCMgew

Investment activity is also on the rise, Hart added.

“The mining industry is going to be a positive contributor to the economy not just in production, but in terms of investment activity. We are expecting coal production in the Bowen Basin and across Queensland to rise, not just for steaming coal but coking coal as well,” he said.

The report noted the start of a new investment cycle across most commodities, including gold, copper, coal and iron ore.