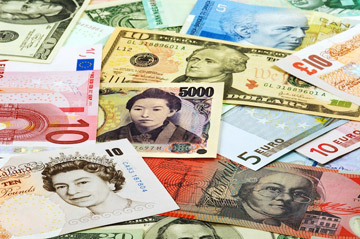 (Kitco News) - Wider recognition of bitcoin amid the digital currency’s soaring popularity could threaten the U.S. dollar’s global dominance, according to one commodity analyst.

“This should bolster the increasing popularity of cryptocurrencies - so much so that they may pose a threat to the role of the U.S. dollar as the world's reserve currency,” Stephen Brennock, oil analyst at PVM Oil Associates, said in a note on Friday.

The biggest threat could come from oil-producing countries, Brennock pointed out.

“The advent of cryptocurrencies represents a fresh catalyst for commodity-producing countries wishing to abandon the dollar as a means of payment for oil,” Brennock said.

China, Russia and Venezuela have been viewed as the top three countries looking to move away from the U.S. dollar in order to limit the effects of sanctions or more general currency risks, according to the analyst.

Whether or not the new currency will turn into anything is unclear, Brennock said, but added that if accepted, “it may eventually prevail as a means of conducting financial transactions - including oil sales.”

China is the only country out of the three that could present a barrier for the use of cryptocurrencies in the commodity market, as it banned mainland residents from trading in cryptocurrencies on exchanges back in September.

Bitcoin had a very turbulent, but overall an extremely positive year, with prices jumping from around $1,000 in January to a record high of over $17,000 on December 8. Since then, prices have been very volatile, first retreating to $12,745 and then climbing back up, last seen at $16,543, up 10.70% on the day, according to Kitco’s aggregated charts.

Bitcoin caught many experts off guard, with multiple warnings saying that soaring prices are a clear signs of a bubble.

Former Republican Congressman Ron Paul told Kitco News last week that he was “surprised” when the majority of his devout gold followers chose bitcoin over the yellow metal as their investment choice in a Twitter poll he conducted.

The conditions of the poll were: “A wealthy person wants to gift you $10,000. You get to choose in which form you'll take the gift.”

But, there was also one condition for the present - you can’t touch it for 10 years.