(Kitco News) - Known as a fan favorite, the Expert Series brings together well-known investors and Kitco regulars to find out where they will be putting their money in 2018.

This year, Kitco News asked experts where they would invest $100,000 next year and why.

2017 has been anything but boring with new assets like cryptocurrencies making waves in financial markets. What does 2018 have in store? Check out what the experts have to say!

PART VI: These Are The 3 Companies Brent Cook & Joe Mazumdar Like In 2018

PART VIII: Everything & Gold Will Rise in 2018, Except Bitcoin - Expert

PART IX: This Will Drive Gold Prices And Miners In 2018 - Jordan Roy-Byrnes 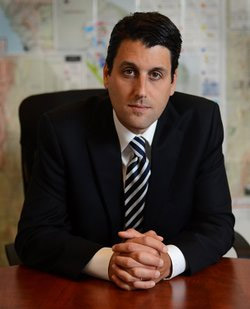 These comments from Katusa were made during an interview with Kitco News at the San Francisco Silver & Gold Summit.

What is your investment strategy?

“I look for projects that have an investment payback of less than three years,” Katusa tells Kitco News on the sidelines of the precious metals conference. “For example, let’s take Equinox [Minerals]. They have less than $800 gold; their economics can make money. I don’t need [gold to trade at] $1,500 or $1,600 to make money…always look for the lowest cost quartile in politically stable jurisdictions.”

“I go for the long game; I don’t really do short-term trades.”

“I think green energy and the EV [electric vehicle] revolution is real.”

“Copper is something you have to look at.”

“If you want to play the battery game, you’ve got cobalt and lithium.”

What are some winners in the junior mining space?

“There’s been some massive winners. Two years ago, Northern Dynasty was trading at $0.30, it’s almost $3.00 today, and I think it’s going to go higher,” Katusa said.

What would be the catalyst for juniors to really take off?

Katusa said that even $1,400 or $1,500 per ounce price levels for gold wouldn’t change much for the junior miners. “$1,400 or $1,500 doesn’t really change anything for the exploration. Until the big money comes in, then you’ll start seeing the love for the juniors. So, pick with the right management team that will survive to that point when we get capitulation,” he said.

On cryptocurrencies, has Bitcoin been responsible for halting gold’s rally this year?

“Bitcoin has definitely impacted the junior exploration space. ICOs alone have raised over $2 billion, so it’s taking money away from the juniors.”

Bitcoin vs. gold, is this even a fair comparison?

“No, they’re very different. There are some similarities, like decentralization. I think what people should do is have a little bit of both. Hedge yourself.”