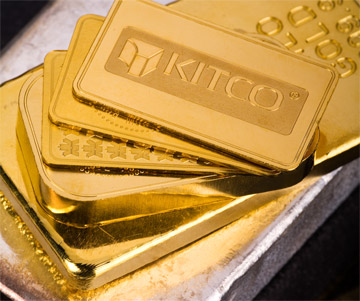 (Kitco News) - After a solid year, gold is looking very positive in 2018 and beyond, according to Tocqueville Asset Management.

“Renewed interest in gold will be triggered by financial-market losses,” he said in the letter. “Valuation excesses signify systemic risk.”

Hathaway reminded investors that risks and costs of holding physical gold are low, which makes it “a cheap insurance on a possible significant retreat from current valuation extremes.”

Another important driver for gold is the growing U.S. deficit, which is projected to increase even more under the new tax bill.

“Under such circumstances, considerable political pressure would be directed towards the Fed to suppress interest rates, to abandon any pretext of QT, and to revert to QE,” he added.

Tocqueville also expects inflation to run at a quicker pace in 2018, with existing signs pointing that it is already on a rise. “The little known ECEC (Employer Costs for Employee Compensation) rose 4.4% in Q3 2017, up sharply from 1.3% at the beginning of 2016,” Hathaway wrote.

Tocqueville’s outlook estimates that the Fed is likely to react to higher inflation “too late, with too little restraint,” which will benefit the yellow metal.

“If we are correct, the implication would be a widening spread between nominal and real interest rates, along with a weakening U.S. dollar and a rising USD gold price,” Hathaway said.

Other positive drivers for the precious metal in the new year are growing demand for physical gold, weaker U.S. dollar and gold’s effective role as a risk mitigation tool.

“When the make-believe world of synthetic gold, algorithmic trading, ETFs, fake interest rates, and passive investment collide with the realities of an uncontrollably rising budget deficit and mismatches between surrogates and underlying assets, gold (the real asset) will benefit,” the report summarized.

“It seems to us that an eventual loss of confidence in paper currencies, including the U.S. dollar, is inescapable, and most likely coming sooner rather than later. It is not, in our opinion, too soon to embrace exposure to gold.”

The cryptocurrency craze is partly based on people’s distrust of fiat paper, according to Hathaway.

“Cryptocurrencies attempt to mimic one of the key attributes of gold: a liquid real asset with no counterparty risk,” he said. “We see [cryptocurrencies] as allies of gold and threats to fiat currency, not as an existential threat to the metal, as they have been so frequently portrayed.”

Popularity of bitcoin reveals global population’s distrust with centralized governments, Hathaway pointed out, noting that bitcoin’s blockchain technology has a great future, especially when it comes to the gold market.

“A gold-backed cryptocurrency is feasible and is likely to be launched within the next year or two. A marriage of real money to blockchain technology would, in our opinion, be the worst possible nightmare for advocates of fiat, centralized ledgers and the existing banking system,” Hathaway said.