Hedge Funds Kick Off 2018 Piling Into Gold and Silver

(Kitco News) - Hedge funds continued to pile into silver and gold in the first few days of the new trading year, according to the latest trade data from the Commodity Futures Trading Commission. 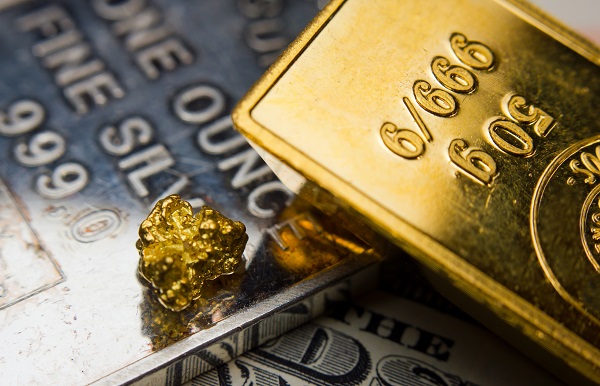 Analysts noted that the precious metals market looks attractive to fund managers as the U.S. dollar continued its sharp decline into 2018. Ole Hansen, head of commodity strategy at Saxo Bank, said that the U.S. dollar has lost ground as concerns continue to build over weak inflation pressures.

The disaggregated Commitments of Traders report for the week ending Jan. 2 showed money managers increased their speculative gross long positions in Comex gold futures by 40,708 contracts to 168,423. At the same time, short bets rose by only 292 contracts to 20,249. Gold’s net length increase to 148,174 contracts.

During the survey period, gold prices rose more than 2% as they broke through key resistance at $1,300 an ounce.

“Market participants are increasingly unconvinced that Trump's tax reform will be inflationary, implying that still-muted inflation will not entice the Fed to raise rates in accordance with their dot-plots, thereby keeping the cost of holding non-yielding precious metals low,” said Bart Melek, head of commodity strategy at TD Securities.

While the gold market has generated strong upward momentum since the start of the year, analysts are warning that the market could be a little overextended and due for some consolidation.

Analysts at Commerzbank said that in the last three weeks three weeks, hedge funds have nearly doubled their net-long position.

“That said, this also means that correction potential has built up again. If market participants maintain their high-risk appetite and if for example, stock markets continue to soar, we could see profit-taking,” they said.

Currency analysts at Brown Brothers Harriman said that they see the U.S. dollar as oversold and could attract some bargain hunting, which would weigh on gold.

“Regardless of one's medium- or longer-term views, the technical indicators warn that the sell-off is stretched and in need of consolidation, if not a correction,” said Marc Chandler, global head of currency strategy at the investment firm.

While gold has seen an impressive rally, it was unmatched to the sentiment change in silver. At the end of 2017, the silver market was net short as hedge funds increased their bearish outlook on the precious metal.

However, Hansen noted that the bearish sentiment was short-lived.

“For the second time within the last six months, funds only managed to hold onto a silver net-short for a couple of weeks. Last week’s buying of 23,000 lots was the biggest since May 2015,” he said.

During the survey period, silver prices increased 3.6% as the market pushed above key resistance at $17 an ounce.