(Kitco News) - Gold held by global exchange-traded funds increased by 197.5 tonnes in 2017, a gain of 8.4%, said the World Gold Council in its monthly report on Tuesday.

The rise last year was largely driven by European ETFs, which represented 75% of all total inflows by adding 148.6 tonnes of gold ($5.8 billion) to their holdings.

In turn, the European market was dominated by Germany. “German-listed ETFs accounted for 35% of global net inflows in 2017,” the WGC said in its report.

The report added that currency-hedged, gold-backed ETFs had “the strongest growth during 2017.”

The top three individual fund inflows of 2017 were Xetra-Gold with an additional 58 tonnes, iShares Gold Trust with 47.3 tonnes, and Source Physical Gold ETC with 27.2 tonnes.

Gold ETFs generally trade like a stock but track the price of the commodity, with metal put into storage to back the shares.

The year wrapped up on a good footing, with global gold-backed ETFs rising by 5.3 tonnes ($101 million) in December, which pushed the total to 2,363 tonnes, the WGC added. 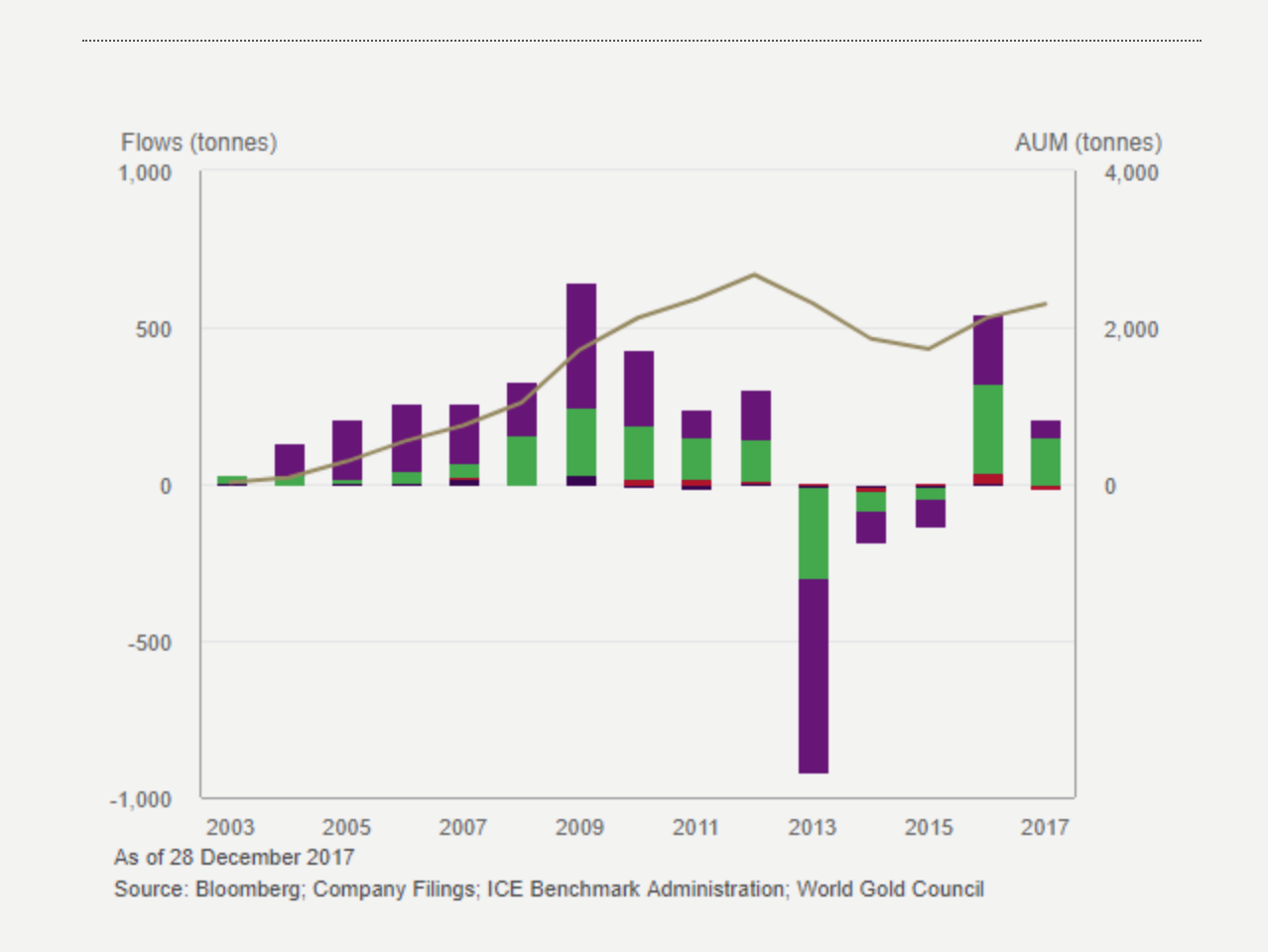 The December inflows were spread across Europe, North America and Asia, according to the report.