RERUN: Guess How Much Gold Was Used For 2018 Winter Olympic Games Medals, It’s Less Than You Think

Editor's Note:This article was first published Jan. 9 and has been updated for the opening of the Winter Olympic Games. Good luck to all the althletes and GO CANADA GO!

(Kitco News) - The long wait is finally over! athletes from around the world have unfurled their flags in Pyeongchang, South Korea and are ready to compete for their country’s honor and the coveted Olympic medals. 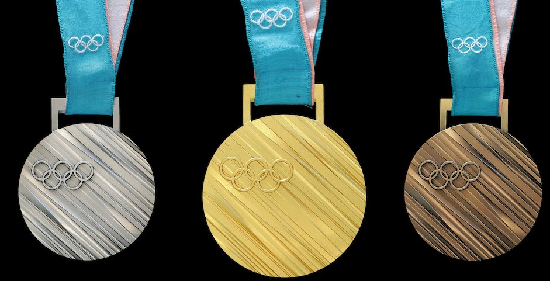 Similar to the previous Summer Olympic Games, Kitco news took a look at how much gold is actually in the Olympic medals and the ammount is kind of shocking. In total, only about 50 ounces of gold was used to create all the gold medals that will be handed out.

On its website, the International Olympic Committee said that the South Korean medals were designed by the country’s celebrated designer Lee Suk-woo.

“Their design was inspired by the texture of tree trunks, with the front bearing the Olympic rings and dynamic diagonal lines that reflect both the history of the Olympics and the determination of the participants,” the IOC said.

As with all contemporary Olympic medals since 1912, there is actually very little gold in the gold medal, as it is made mostly out of silver with only six grams of gold plating.

However, what sets South Korea’s medals from previous Olympics is the purity of the silver and the amount of the precious metal that is used. According to official Olympic website, the gold medal is made from 99.99% pure silver and weighs 586 grams.

In comparison, at the last Olympic Games in Rio de Janeiro, the Brazilian mint said that its gold medals were made from silver with 95.5% purity. Rio 2016 medals were produced using 30% recycled materials.

South Korea’s medals are also much heavier than Rio’s, with the gold medal weighing 586 grams, the silver medal weighing 580 grams and the bronze medal, which is 90% copper and 10% zinc, weighing 493 grams.

In total, 259 sets of medals have been made for the Winter Games. Crunching the numbers, 9,659 ounces of silver was needed for both gold and silver medals. With silver prices currently trading around $17 an ounce, the total value of all the medals is $164,203.