(Kitco News) - One key theme among precious metals analysts, as the new year started, was that silver, which had a dismal 2017, would outshine gold; however, one research firm is taking a contrarian view. 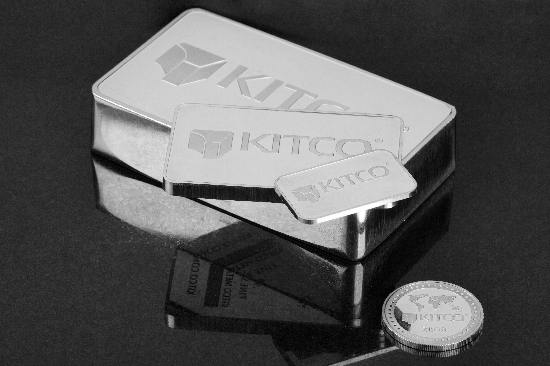 In a report Tuesday, Simona Gambarini, commodities economist at Capital Economics, said that she is expecting silver prices to underperform gold, a continuation of the trend from last year.

The U.K-based research firm is expecting silver prices to end the year at $15 an ounce, with gold prices ending the year at $1,200 an ounce.

“We think that reduced safe-haven demand has undermined silver, as investors tend to favor gold when geopolitical risks are high. We expect this trend to continue into 2018, which is one reason behind our bearish view on the price of silver this year,” said Gambarini.

Gambarini comments come as the gold/silver has dropped from its recent multi-year high. Kitco.com shows the gold/silver ratio at 77.60, which is still well above its historical average. Tuesday, silver pushed below crucial psychological barrier at $17 an ounce, last trading at $16.98, down almost 1% on the day.

One of the reasons many analysts are optimistic on silver is because of the coordinated global economic recovery. A robust global economy bodes well for silver’s industrial component, which makes up about 50% of demand for the precious metal.

Gambarini added that silver’s industrial component remains an essential source of demand, particularly in the global electronics sector, which is at a multi-year high. However, industrial demand won’t be enough to offset lower investor demand, she said.

Capital Economics is bearish on gold for 2018 as the firm expects the U.S. central bank to raise interest rates four times this year, a more hawkish view than the Federal Reserve, which sees only three rate hikes in 2018.