(Kitco News) - The world’s most famous investor doubled down on his negative view of bitcoin and cryptocurrencies Wednesday. 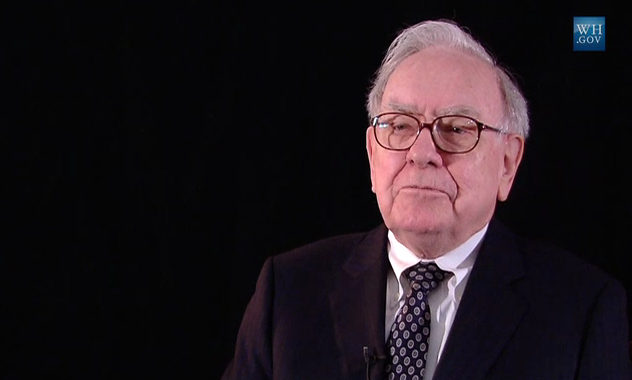 In an interview with CNBC, Warren Buffett, from Omaha, Neb., said that he will have nothing to do with cryptocurrencies. In a harsh rebuke of the asset class, Buffett said, “I can say almost with certainty that they will come to a bad ending.”

He explained that he thinks the bitcoin craze has gotten out of hand, with everyone focused on the marketplace. He noted that 11 students from schools will be visiting his Berkshire Hathaway company on Friday and he expects them all to ask about cryptocurrencies, “and I won’t know the answers.”

He added that the only trade he would make in the digital currency market would be a long-term, five-year put option. “I would never short a dime’s worth,” he added.

In the interview, Buffett said that his firm will continue to focus on eight or 10 stocks that he thinks are “decent businesses.”

“I get into enough trouble with things I think I know something about," he said in the interview.

Buffett’s comments come a day after Jamie Diamond, chief executive officer of JPMorgan, offered his mea culpa on the bitcoin by saying in an interview on Fox Business that he “regrets” calling the digital currency a fraud. He added that “the blockchain is real.”

Since the start of 2018, bitcoin has struggled to recapture its unprecedented momentum, which drove prices up almost 2,000% last year. Aggregated markets on Kitco.com showed bitcoin last trading at $14,540 per token. The cryptocurrency has lost more than 24% from its record highs posted in late October.

Gold, which some have said is a competition to the digital currency market, outperformed bitcoin in the first few weeks of the new year. February gold futures last traded at $1,319.20 an ounce, up 1% since the start of the month.