These Four Factors Will Drive Gold Higher In 2018

(Kitco News) - After an impressive run in 2017, the World Gold Council sees four factors that will drive gold demand higher, supporting the market in the new year.

In a report released Tuesday, the WGC said that increased market volatility, a rotation into defensive assets, a growing global middle class and growing market transparency are factors that will dive global financial markets and influence gold’s performance. The comments come after gold prices ended 2017 with a gain of more than 13% above $1,300 an ounce. 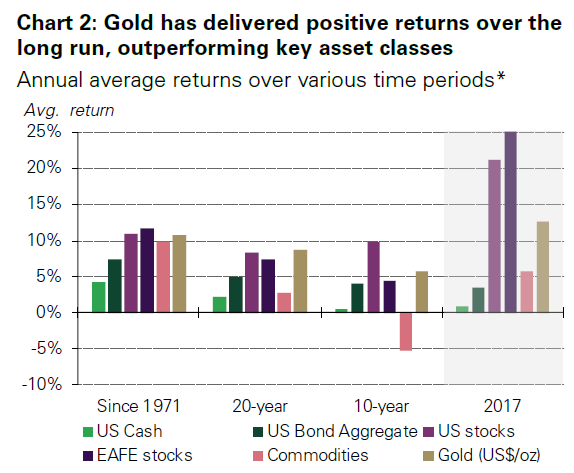 “Gold’s performance in 2017 was not an anomaly,” the gold market consultancy group said in the report. “We believe that the confluence of the key trends we’ve highlighted for 2018 could be supportive of gold demand.”

The gold market has taken a bit of a breather Tuesday with prices hovering around unchanged levels after hitting a four-month high at the start of the week. February gold futures last traded at $1,334.60 an ounce.

“The actions that central banks took over the past decade have had substantial implications for the performance of financial markets. As they pumped trillions of dollars, pounds, euros and yen into the global economy and slashed interest rates to – and in some cases below – zero, asset values hit record highs, market volatility reached record lows and prices became increasingly correlated,” the analysts said.

“It is reasonable to presume that as central banks rein in their expansionary policies, these trends will reverse. Financial market volatility may pick up and idiosyncratic risk may re-emerge,” they added. 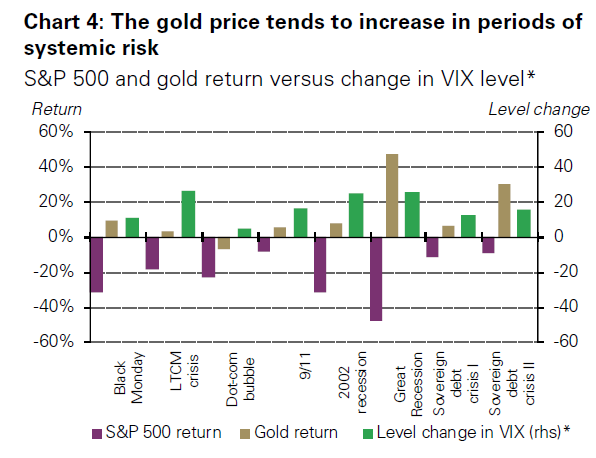 The WGC also explained that although interest rates are increasing, overall they remain well below historical averages and will likely remain low for the foreseeable future. They explained that growing government and consumer debt would be unstainable in a higher interest rate environment.

“Our analysis of gold’s performance during different US real-rate environments reveals that when real rates are between 0% and 4% gold’s returns are positive,” they said.

“Increased consumer demand supports the investment case for gold and highlights its dual nature. Investors often focus on gold’s effectiveness as a hedge against financial shocks. But rising wealth underpins gold consumer demand, which, in turn, supports gold prices over the long-run,” they said.
While improving global growth has boosted equity markets to record levels, the World Gold Council added that this is prompting some investors to take more defensive positioning, ahead of an inevitable market correction.

“Analysts and commentators have been ringing the warning bell for some time, but equity markets have marched steadily higher and credit standards have slipped lower. Many investors, however, are understandably wary of these asset valuations and, in the context of changing central bank policy, cautious about their risk exposure,” the analysts said. “Should global financial markets correct, investors could benefit from having exposure to gold as it has historically reduced losses during periods of financial distress.”

Finally, the WGC also sees the potential for the gold market as new investment products and transparency rules come online in 2018.
“Gold-backed investment vehicles around the world are making it easier and cheaper to access gold,” the analysts said.