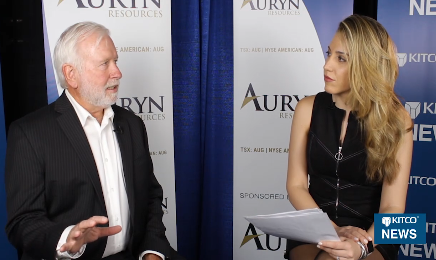 (Kitco News) - While gold could do reasonably well in 2018, one famed analyst is recommending that investors shouldn’t be focused on just one precious metal.

On the sidelines of the Vancouver Resource Investment Conference, Brent Cook, creator of Exploration Insights, told Kitco News’ Daniela Cambone that along with gold and silver he sees opportunities in copper, zinc and lithium.

“What we’re really looking for is high-margin, early-stage discoveries in any metal that a company can make money on, that a major company will buy,” he said. “So, I don’t care if it’s lithium, zinc, copper, gold, it’s more about the upside potential.”

He said that he likes lithium and zinc because of dwindling supply and growing global demand. However, he added that there’s specific criteria for investing in a company, mainly that they have a viable resource that is a potential takeover target for a major producer.

Many analysts have described 2017 as the start of a new bullish commodity cycle, with base metals seeing significant upside momentum through the year. Kitco Metals shows spot zinc prices at their highest level in more than five years, last trading at $1.519 per pound. At the same time, copper is trading near a multi-year high at $3.185 per pound.

Many analysts continue to see strong potential for base metals in an environment of synchronized global growth. Analysts are bullish on lithium, as a growing electric vehicle market increases the demand for batteries.

Turning back to gold, Cook said that he thinks the yellow metal could do well in 2018, as the market has already withstood headwinds from higher equity markets and rising interest rates. He added that geopolitical uncertainty could be positive for gold and described the current U.S. political system as “broken.”