Gold Might See September Highs Only In Q2 - TD Securities 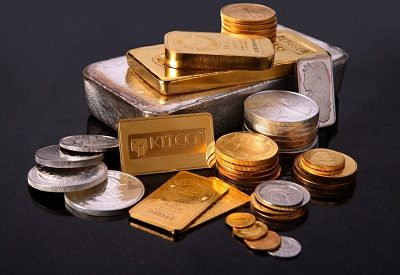 (Kitco News) - Even though gold is still trading above $1,330 an ounce, the metal is looking to consolidate in the near-term while the precious market is waiting for a new catalyst, according to the latest report by TD Securities.

“Gold took a breather after several consecutive weeks of strong performance, as its run toward its 2017 highs ran out of steam,” said Bart Melek, head of global strategy at TD Securities.

Some of the pressure on gold prices will come from rising yields, stabilizing U.S. dollar, and higher equity markets.

“It should not be particularly surprising that the yellow metal is consolidating below the highs,” Melek said. “Surging equity markets, a rise in interest rates across the curve, a stabilizing USD after a steep drop and technical resistance have likely prompted traders to relax some of their enthusiasm for the yellow metal.”

What does it all mean for gold? Melek said prices might be stuck “waiting for better days.”

Traders could see gold approach 2017 highs only in the second quarter of 2018, Melek added.

“Any economic weakness or an equity correction could well see gold move to $1,357/oz rather quickly. We suspect that such a catalyst will arrive, but it may take until next quarter,” he said.