(Kitco News) - Gold prices are starting the new year in stellar fashion and investors should see further gains throughout the year, according to analysts at GFMS Thomson Reuters. 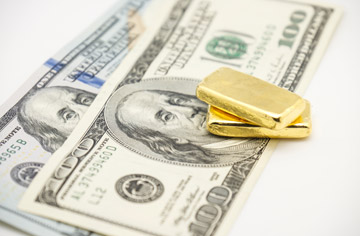 In its fourth quarter 2017 Gold Survey, published Thursday, the research team said that they could see prices rallying to $1,500 an ounce at some point in 2018 with gold averaging the year at $1,360 an ounce.

“We believe that the geopolitical climate and equity markets will continue to support gold’s role as a risk hedge,” they said in its report. “Our forecast discounts three Fed rate hikes, although a potential overheating from the effect of the new tax reform could lead to more aggressive tightening, limiting gold’s upside.”

GFMS’s outlook comes as gold prices pushed to a 1.5-year high on the back of a weaker U.S. dollar. The U.S. Dollar Index fell to its lowest level since December 2014 after U.S. Secretary Treasurer said that a weaker U.S. dollar is “good” for the U.S. economy.

Looking ahead, GFMS said that the U.S. central bank interest rates are expected to have the biggest impact on gold prices.

“A continuation of U.S. monetary policy tightening will undoubtedly weigh on gold, and the rest of precious metals for that matter, however the fact of tightening itself has long been absorbed by the markets and it is the tone of future meetings and conferences and the pace of rate increases that will play a more pivotal role,” the analysts said.

“Should the Fed appear more concerned about tepid inflation and take on a more gradual path of rate increases, the yellow metal is likely to benefit. On the other hand, a bolder approach to tightening could present a bigger drag for the precious metal,” the report added.