(Kitco News) - It’s a sea of red for financial markets Tuesday as investors are exiting profitable trades in the precious metals markets to raise capital for falling equity markets, according to analysts. 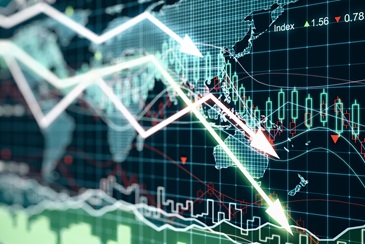 Gold is modestly negative on the day, last traded at $1,340.30 an ounce, down 0.36% but it is outperforming equities, which is seeing nearly 1% declines across the board. According to reports the Dow Jones, down more than 300 points, could see its worst single-day drop since June 2016.

While many commodity analysts have expected gold to benefit from falling equity markets, the selling in gold and silver, in a weak equity market environment does not come as a major surprise.

“Right now you are seeing investors raise cash. They are selling gold to make sure they can cover margin calls,” said George Gero, managing director at RBC Wealth Management. “If this were true selling you would see gold down much lower.”

According to some analysts, rising 10-year bond yields, which have increased to 2.73%, its highest level since 2014, is weighing on markets. For the gold market, higher bond yields reduce the yellow metal’s opportunity costs.

Some analysts also see the selling in gold more as a technical feature of the marketplace as some investors take some profits off the table ahead of Wednesday’s Federal Reserve monetary policy meeting.

“Gold is still in the same positive trend it has been in since December, but seeing as tomorrow is the Federal Reserve update, traders may not be too keen to stay long going into the meeting,” said David Madden, market analyst at CMC Markets.

While gold isn't seeing positive inflows on the back of weaker equity markets, analysts say they aren’t too concerned the yellow metal will lose its new year momentum.

Phillip Streible, senior market analyst at RJO Futures, said that he is looking for gold to hold gains above crucial support at $1,320 an ounce.