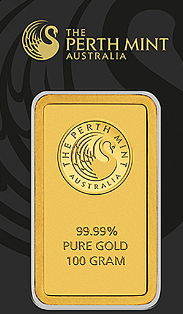 (Kitco News) - Last year was a disappointing one for Australian bullion sales, as The Perth Mint - country’s official bullion mint and gold refinery - reported a sharp drop in ounces of gold and silver coins sold.

The sales of gold coins and bars ended the year on a slightly stronger note, with the Mint reporting 27,009 ounces sold, which is a monthly increase of 13% from November.

But, the first month of the year was the Mint’s best one for both gold and silver bullion sales, with 72,745 ounces and 1,230,867 ounces sold respectively, CoinNews reported.

The Perth Mint is not alone in reporting poor annual results, with the U.S. Mint revealing it had its weakest year in a decade. The U.S. Mint said that sales of American Eagle gold and silver coins were the lowest since 2007 and American Buffalo coins had the worst year on record.

The World Gold Council (WGC) said in its latest Gold Demand Trends report that the U.S. equities market was partly responsible for poor coin sales, adding that big gains in equities took attention away from the bullion.

“Dealers report that investors are disappointed by the range-bound gold price, which compares poorly to the headline-grabbing performance of the S&P 500,” the WGC said.