(Kitco News) - While many analysts have been focused on gold’s rally against the U.S. dollar, one investment firm noted that the yellow metal started the year with broad-based strength against the seven most liquid global currencies. 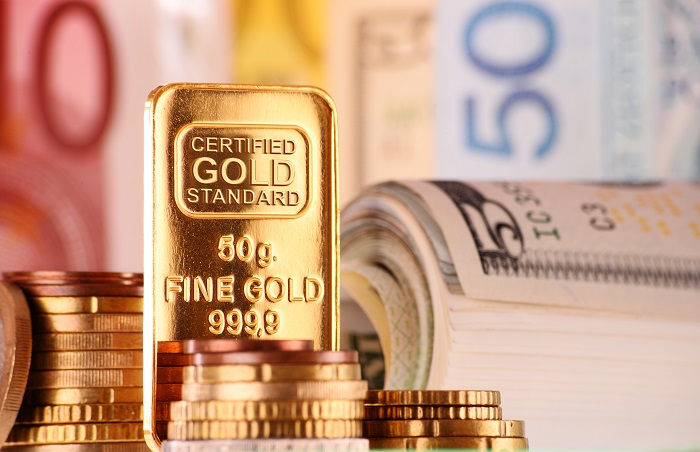 In its report, the firm said that at the start of the year, it held maximum long gold positions against all currencies, except the Japanese yen. The firm was flat gold against the yen for the entire month.

“For a brief period, the strategy was within a whisker of an all-time high,” the firm said regarding its positioning at the start of the year.

Insch was bullish on gold against the U.S. dollar the entire month.

According to many commodity analysts, the gold market should continue to outperform the U.S. dollar in the near term. The U.S. dollar has struggled to gain momentum even after what some analysts have described as a hawkish monetary policy statement the Federal Reserve released Wednesday.

While gold prices are down from last month’s 1.5-year high, prices are holding above key critical support levels as the U.S. dollar index continues to trade around its lowest levels in three years.

Currency charts on Kitco.com show that gold has seen its best gains against the U.S. dollar. In second place, gold has gained 0.45% against the Canadian dollar in the first month of the year. 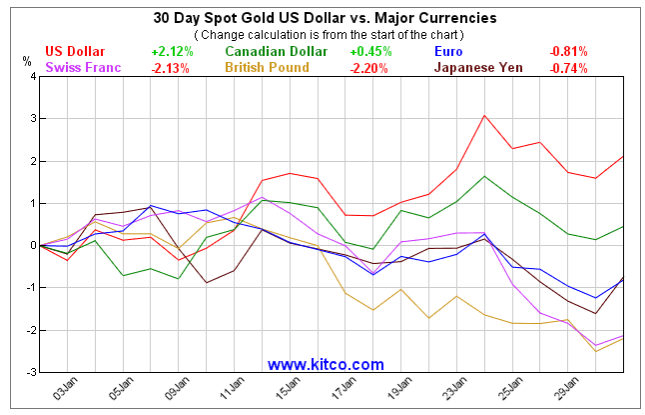