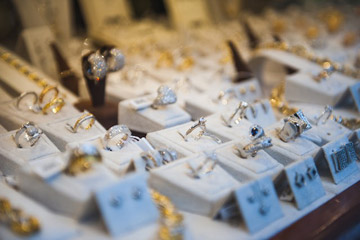 (Kitco News) - India’s newly released budget for the upcoming fiscal year does not do enough “to offset lower” countrywide gold demand, according to Capital Economics.

Even though some measures might help boost demand for gold jewelry, the cost of importing the yellow metal increased, Simona Gambarini, commodities economist at Capital Economics, said in the latest Precious Metals Update.

“India’s budget for FY18/19 . . . was a mixed bag for gold. On the one hand, income-boosting measures for the rural population are good news for jewelry demand. On the other hand, the budget has made it more costly to import gold,” Gambarini wrote on Friday.

“On balance, we think that the budget will support India’s gold consumption but we doubt this will be enough to offset lower demand elsewhere. As such, we still expect the price of gold to fall in 2018,” she said.

Budget’s initiatives, such as the minimum support price of kharif (monsoon) crops, will boost disposable incomes of families living in rural areas and revive local gold demand, the note pointed out.

Also, government’s pro-gold measures, including a regulated gold exchange and re-introduction of Gold Monetization Scheme, will work in favor of consumption, Gambarini added.

But, these changes might not be enough to revive India’s lackluster gold demand, which has been below average since lawmakers started to introduce major monetary changes, such as the demonetization of all 500 and 1,000 rupee bank notes in 2016.

The most recent new policy was the introduction of a 3% GST tax that came into effect July 1, 2017 and aims to help with traceability of transactions.

“The addition of a social welfare surcharge has made importing gold more onerous, which has negative implications for the jewelry industry. This could lead to an increase in the retail price of jewelry and deter purchases, which explains why the share prices of some of India’s top jewelers slumped following the release of the budget,” Gambarini said.

Gold demand in India does not look ready to recover to previous levels just yet, according to the note.

“We still expect demand in the country to be quite low by historical standards. And, in any case, we doubt that higher consumption in India will be enough to offset lower investment demand elsewhere as a result of Fed tightening. As such, we think that the price of gold will fall back from current levels of around $1,338 per ounce and end the year at $1,200,” Gambarini said.