(Kitco News) - Ray Dalio has waded deeper into the gold market as his hedge fund, Bridgewater Associates, increased its position in two of the world’s largest gold-backed exchange traded funds in the fourth quarter, according to filing with the Securities and Exchange Commission. 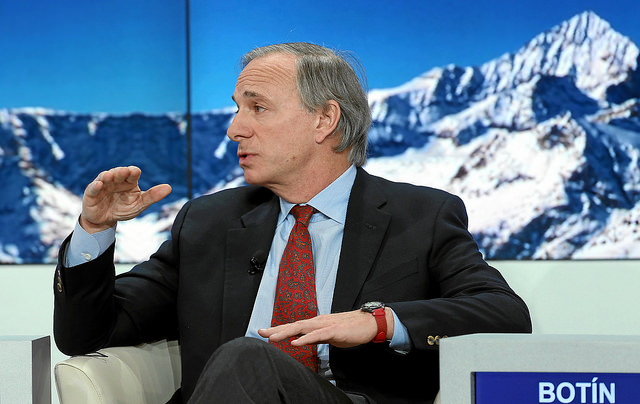 The filings show that the Hedge fund, which manages about $150 billion in global assets, increased its holdings in SPRD Gold Shares (NYSE: GLD) by 14,091 shares, boosting its investment to around 3.91 million shares. At the same time, the hedge fund bought 34,792 shares of iShares Gold Trust (NSYE: IAU), increasing its total holding in the ETF to 11.32 million shares.

The firm’s increased exposure to gold came at the perfect time as gold prices rallied 1.8% during the final quarter of 2017. Most of the gains in gold were seen in December as the precious metal surged following the Federal Reserve’s third rate hike of the year.

Gold’s rally continued into the new year as the metal rose to a 1.5-month high late-January. Currently, gold prices are up almost 9% from its December low. Investors are still digesting gold’s 2% rally during Wednesday’s session, driven by renewed technical momentum.

However, the latest report only includes positioning as of the end of December; the hedge fund could have changed its gold holdings since the report deadline.

Dalio made headlines in 2017 as he recommended investors have a 5% to 10% exposure to gold in their portfolio. He continues to see gold as an important diversifier as the risks of a recession rise.

“What we do know is that we are in the part of the cycle in which the central banks’ getting monetary policy right is difficult and that this time around the balancing act will be especially difficult (given all the stimulation into capacity constraints and given the long durations of assets and a number of other factors) so that the risks of a recession in the next 18-24 months are rising,” he wrote in a post on LinkedIn earlier this week.