The company posted a fourth-quarter net loss from continuing operations, attributable to shareholders, of $191 million, or 20 cents per share. This compares to a loss of $367.6 million, or 37 cents, in the same period a year earlier.

The company listed adjustments to income, attributable to shareholders, totaling $244.2 million (versus $362.1 million in the year-ago period). The most notable adjustment in the fourth quarter was a non-cash impairment for the re-measurement of Gualcamayo and related exploration properties due to their reclassification as assets held for sale, Yamana said. 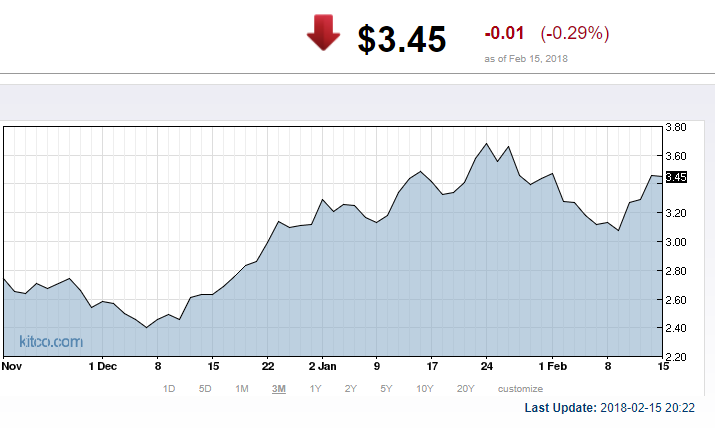 Fourth-quarter production was 259,606 ounces of gold from Yamana's six producing mines, excluding the company’s share in Brio Gold Inc. This was down from 268,788 in the fourth quarter of 2016.

Yamana also produced 1.17 million ounces of silver, down from 1.63 million a year ago, and 34.7 million pounds of copper.

“In 2017 we exceeded our production guidance for all metals and did so at costs in line with expectations,” said Peter Marrone, chairman and chief executive officer. Full-year output includes 977,316 ounces of gold, 5 million ounces of silver and 127.3 million pounds of copper.

Marrone said the company is looking forward to the addition of the “low-cost, high-margin” production from Cerro Moro in Argentina. The project remains on schedule and on budget for completion at the end of the first quarter, Yamana said.

Yamana declared a first-quarter dividend of $0.005 per share to be paid around April 13 to shareholders of record at the close of business on March 29.