(Kitco News) - The days of holding on to equities and expecting double-digit returns are gone and one gold market analyst says that the recent correction in equities is a wakeup call that investors need to have a more diversified portfolio. 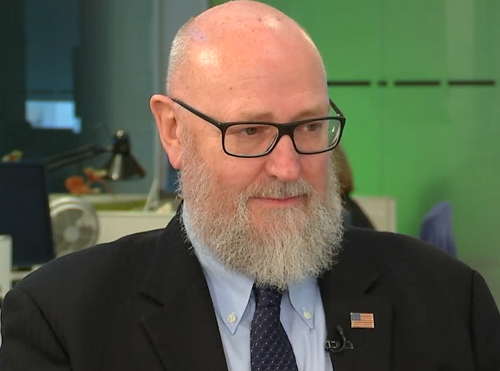 In an interview with Kitco News, George Milling-Stanley, head of gold strategy for State Street Global Advisors, said that volatility is creeping back into equity markets and investors should expect that stock markets will continue to struggle as valuations remain over-stretched. He added that this will be a positive environment for gold as he expects that it could only a matter of time before prices pushes above $1,400 an ounce.

Milling-Stanley said that gold’s attractiveness as a portfolio diversifier is growing as investors continue to digest the recent flash crash, where the Dow Jones Industrial Average saw its biggest one-day point drop in its history.

“The factor for higher gold prices is not necessarily weaker equity prices, but increased volatility in equities will be helpful for gold. The idea of rising volatility is going to be disturbing for some investors,” he said. “We have gold bubbling up against overhead resistance against overhead resistance between $1,350 and $1,400. I still expect us to make several more assaults at this level throughout the year.”

While some analysts are worried that gold won’t be able to withstand rising bond yields, Milling-Stanley said that he is not too concern about 10-year bond yields, which have recently hit fresh four-year highs.

As for the Federal Reserve, Milling-Stanley said that he expects gold prices to follow the similar pattern established in 2015. He looks for gold to sell off ahead of the March monetary policy meeting and then rally directly after the announcement.

“The Federal Reserve raised interest rates three times last year and gold still did very well,” he said. “I don’t think gold will worry too much about another three rate hikes this year.”

Milling-Stanley noted that he is not expecting the Federal to get ahead of the inflation curve and would probably not raise interest rates more than three times this year, even if inflation pushes above 2% in 2018.

“A rise of 2% will validate the Fed’s expectations that inflation is moving up,” he said. “Inflation would have to move sharply higher to force the central bank to act more aggressively and nobody is expecting that.”

While gold has attracted some renewed selling pressure after last week saw the precious metal’s best percentage gains in nearly two years, Milling-Stanley said that he is not expecting to see a sharp selloff. He added that gold has potential to push higher for a couple more weeks before it sees significant selling pressure as investors position themselves ahead of the March 20 Federal Reserve monetary policy decision.