Kirkland Lake Gold Ltd. (TSX, NYSE: KL) lists a higher profit and record output in the fourth quarter. Net earnings totaled $41 million, or 20 cents per share, an improvement from $3.1 million, or 2 cents, in the prior-year quarter. Adjusted net earnings from continuing operations were $71.2 million, or 34 cents, versus $22.8 million, or 16 cents, a year ago. Kirkland Lake lists record quarterly production of 166,579 ounces, a 56% year-on-year increase and 20% higher than in the third quarter. All-in sustaining costs averaged $816 an ounce, down from $900 in the fourth quarter of 2016. Meanwhile, for full-year 2017, the company lists a record 596,405 gold ounces produced, up 90% from 2016 and better than improved guidance of 580,000 to 595,000 ounces. AISC averaged $812 an ounce, in line with improved guidance of $800 to $825 and a 13% improvement from 2016. Full-year 2017 net earnings were $132.4 million, or 64 cents per share, compared to $42.1 million, or 35 cents, in 2016. Adjusted net earnings from continuing operations in 2017 came in at $149.1 million, or 72 cents, a 120% increase from 2016. “Operationally, we improved our guidance multiple times and still beat our target range for production and were well within the improved guidance for operating cash cost and AISC per ounce sold,” says Tony Makuch, president and chief executive officer. “We also clearly demonstrated an ability to generate cash flow, with free cash flow for the year totaling $178 million. In terms of organic growth, we increased production by 90% in 2017, 10% on a pro-forma basis, even after placing three mines on care and maintenance. We also set the stage for continued year-over-year production growth, with our longer-term goal being to reach a million ounces of annual production from existing mines within five to seven years.” 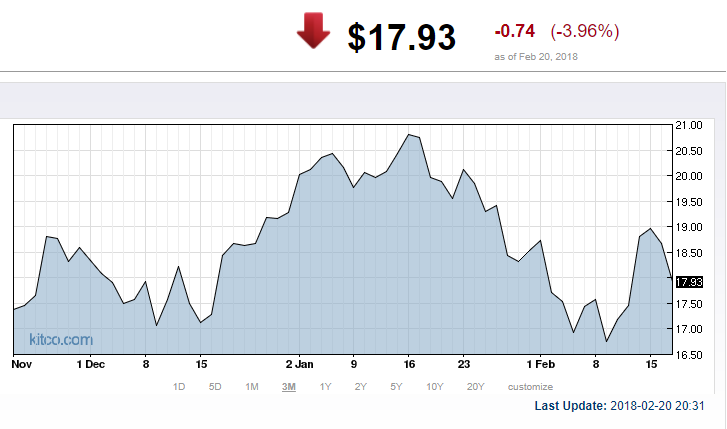