Silver Could Be On The Cusp Of Major Rally - Mining CEO

(Kitco News) - Lackluster silver prices are not deterring one Canadian silver explorer from implementing its exploration plans because the market could be on the cusp of a significant market rally, according to the company’s top executive. 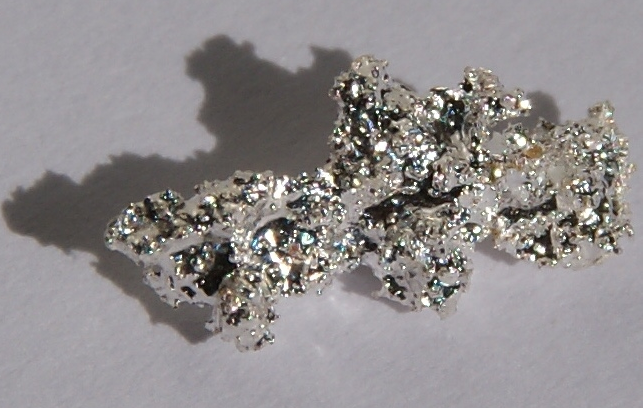 In an interview with Kitco News, Greg Johnson, chief executive officer of Metallic Minerals, (TSX.V: MMG) said that the company is moving forward with a plan to invest about $2 million in its 2018 exploration program at its Keno Silver Project, located in Canada’s Yukon Territory.

He explained that he is bullish on silver because of its strong industrial demand. He added that it wouldn’t take much new investor demand before the market is outperforming gold.

“I think gold and silver are poised to enter a new uptrend,” he said. “Silver, in particular, looks good as industrial consumption remains in a long-term uptrend. All the market needs is renewed investor interest and I think it’s only a matter of time before that comes.”

Johnson’s comments come as the gold/silver ratio continues to trade near multi-year highs around 80 points. The ratio shows that it now takes about 80 ounces of silver to equal one ounce of gold. The ratio’s recent historical average is around 60, with a long-term average around 45 points.

Johnson noted that while the gold/silver ratio could continue to fall further if there is a sharp sell-off in equity markets, investors can’t ignore the major imbalance in the marketplace.

“We are much closer to a bottom in silver than a top, and I think people will start to see the value in the metal and the mining sector,” he said. “It is going to change tomorrow? Probably not, but at some point, we are going to see sentiment change.”

As to what could be the catalyst that ignites the new rally in silver, Johnson said it could be further uncertainty in financial markets. With equity markets struggling to hold onto gains and bond yields pushing higher, Johnson said that gold and silver will look attractive as investors search for underpriced, defensive assets.

“One of the catalysts that I am looking at is the bond market. Yields are pumping up against some major long-term trendlines. We have seen rising bond yield market in 30-year and nobody knows how this is going to impact investors,” he said. “If you have money coming out of bonds and into alternative assets like gold and silver, that could be huge for prices.”

U.S. 10-year bond yields are currently trading at 2.91%, near their highest level in four years. Many bond analysts say that it is only a matter of time before yields push above 3%, with some seeing rates at 3.50% by the end of the year.

The Keno region in the Yukon is Canada’s most significant silver district with a long history of high-grade silver production. Between 1919 and 1989, the district produced more than 200 million ounces of silver.

“Our property includes eight historic mines that haven’t seen any modern exploration in almost 30 years,” the CEO said. “We think this brownfield exploration project has lots of potential.”