(Kitco News) - Further tightening of U.S. monetary policy will be negative for the gold market in the near term, but according to one research firm, lower prices could represent a long-term buying opportunity. 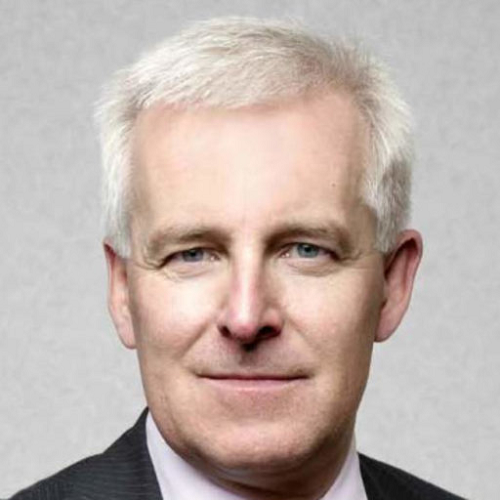 In a telephone interview with Kitco News Michael Howell, managing director at Crossborder Capital, said that he sees long-term potential for gold as the U.S. dollar weakens and bond yields rise as investors adjust to shifting value of safe assets.

“The price of safe assets is wrong. We think the U.S. dollar and Treasuries are overvalued. Yields have to go up,” he said. “This is a good long-term environment for gold.”

However, investors still need to navigate the short-term environment as the Federal Reserve tightens its monetary policy and unwind its massive balance sheet. Fed Chair Jerome Powell, pushed gold prices to a two-week low as his optimistic comments on the U.S. economy raised the prospect of four rate hikes in 2018.

April gold futures settled Tuesday session at $1,318.60 an ounce, down 1% on the day. While tighter monetary policy could push gold prices lower, Howell said that investors should take a long-term view of the market.

“We have been telling clients to buy gold on weakness because it will be higher in 18 months,” he said. “On the whole, the entire financial background has to be positive for gold.”

Interestingly, higher bond yields could be the catalyst that helps to push gold prices higher. Crossborder Capital expects yields on 10-year bonds to rise to 3.5% by the end of the year. Traditionally, higher bond yields are negative for the gold market as it raises the precious metal’s opportunity costs.

In the long-term, Howell doesn’t expect higher yields to be a significant headwind for gold, because of the reasons that are driving yields higher. He explained while rising interest rates are helping to boost bond yields, the more prominent factor is “term premia,” which is the market’s supply and demand fundamentals. He said that bond yields are rising because fundamentally supply is growing while demand is falling.

“The appetite for government debt is dropping off pretty fast, so you have to have higher yields to make it more attractive,” he said.  We see a repricing of safe assets and gold remains the best, cheapest asset.

Not only does Crossborder Capital see bond yields rising because of weak supply and demand fundamentals, but the firm also expects to see further weakness in the U.S. dollar as it continues to lose influence in a growing global marketplace.

Howell said that the Chinese yuan is now competing with the U.S. dollar to be a significant transaction currency in Asia. In Europe, the euro is also growing as a funding currency, he added.

“Strategically, we think we are at a tipping point. It’s just a question of how quickly things shift,” he said.