Gold And Base Metals Are Catching This Tycoon's Eye 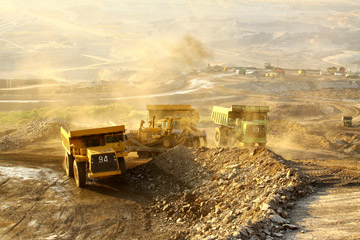 (Kitco News) - Swedish-Canadian tycoon Lukas Lundin is looking to spend up to $3 billion on industrial-metals projects and another $1 billion on a gold acquisition, Bloomberg reported.

Industrial metals and gold are the top choices for Lundin to invest in at the moment, Bloomberg cited Lundin as saying in an interview on Wednesday.

The billionaire said that he is looking to spend up to $3 billion on a zinc, nickel or copper project with a long life and that he hopes to have the deal sealed by the end of this year.

“[Copper] might be the easiest asset to work with,” he said on the sidelines of the BMO Global Metals & Mining Conference in Florida.

The yellow metal is a close second for Lundin, who added that he would “love” to purchase another gold project.

The billionaire is hoping to start the hunt for his next gold investment as soon as Fruta del Norte — Lundin Gold’s asset in Ecuador — is all set up.

Lundin Gold has been in the news earlier this week with the announcement that Australia’s largest gold producer, Newcrest Mining, was acquiring a 27% stake in Lundin Gold for $250 million.

At the BMO conference, Lundin commented on the purchase, saying that he sees Newcrest as “an active shareholder,” including in the Fruta del Norte gold-and-silver project.

What the billionaire looks for when sifting through the available gold assets is location, with a clear preference for the Americas.

The cost of the project can vary between $500 million to $1 billion, excluding the development costs.

According to one mining CEO, it's only a matter of time before sentiment in the gold space improves. https://t.co/bakx1Pjr1T@DanielaCambone @LundinGold #gold #miners pic.twitter.com/CkWqVdEg1d

The key to a successful purchase, however, is to buy a developed asset during a down cycle and work at improving its potential, according to Lundin.

“Trying to take on existing operations, you’re not going to find anything. So you’re going to have to build,” he said.

Lukas Lundin has a net worth of about $2.42 billion and is known for buying and selling stakes in resource companies, including gold, oil, diamonds, and uranium.