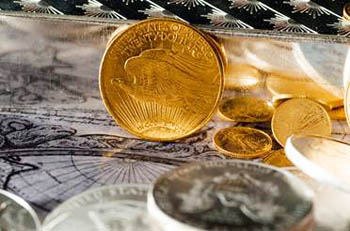 This is a continuation of a trend that has been in place for more than a year now, with many North American investors opting to sell their backdated coins instead, observers said. This in turn has meant that dealers who buy these coins can then resell them at a premium far below those on 2018-dated coins.

Bottom line – the market is soft, although not as soft as the Mint data may suggest since some buying and selling of backdated coins continues.

“It’s been a trend since the beginning of 2017,” said Peter Hug, global trading director of Kitco Metals. “There has been a massive amount of dishoarding metal in the North American market.”

Commerzbank analysts pointed out that the U.S. Mint sales last month were the lowest February figure in 11 years.

“Thus, there is no sign as yet of any recovery following the very weak previous year,” they said in a Thursday research note.

Mint sales of American Eagle silver coins were likewise soft last month. The total of 942,500 ounces was down from 3.24 million in January and 1.22 million ounces in February 2016.

Hug outlined in detail the picture in the coin market, beginning with the heavy sales back in 2008 through 2011, when the economy was on the skids after the financial crisis, and spot gold prices ran to a record high around $1,921 an ounce. Prices subsequently fell back sharply, eventually bottoming just below $1,050 in 2015.

In the last three years, a market trend developed that discouraged many potential buyers, Hug explained. Gold prices would rally from December into the first months of a new year, prompting some investors to “jump on the train,” only to see prices fall back again.

Then, with the volatility in outside markets, many investors sold their metal last month to meet margin calls in equities and bitcoin, Hug continued.

Normally, he explained, retail investors are on the buy side of the market. Dealer transactions are typically 90% sales and 10% purchases. But in the current environment, the purchases are roughly matching the sales, sometimes even exceeding them by a 60%-40% margin, he said.

As a result, coin dealers have been building inventory in American Eagle coins. Thus, when dealers are contacted by potential buyers, dealers can now sell backdated coins at a far lower premium than on brand-new U.S. Mint coins. There is almost no difference between coins of different years other than the date, so those who simply want bullion as an investment can buy a 2016 or 2017 coin far cheaper than a 2018.

For instance, Hug said the premium on a 2018 American Eagle gold coin is roughly $60, with most of this the result of the Mint’s 3% premium charged to dealers. Meanwhile, Kitco has been selling backdated coins at a premium of $23.99. This $36 difference per ounce can add up, with somebody buying 10 ounces thus saving $360.

Hug said he has been in the metals business since 1974 and has never seen the current situation before, especially in silver, where prices are within $1 of their lowest level in the last few years, yet liquidation continues.

“The reason is because investors – especially since 2011 – have been discouraged in the market.”

Hug figures the metals either need to fall farther to encourage a pick-up in buying – often referred to as “bargain hunting” – or break through certain upside price levels to convince investors a rally is more sustainable this time. Specifically, Hug said, gold below $1,200 an ounce and silver below $15 may encourage buying. Likewise, gold above recent highs of $1,365 may spur fresh buying, as well as silver over $18.